Butterfly of the Month - April 2018
The Pea Blue (Lampides boeticus) 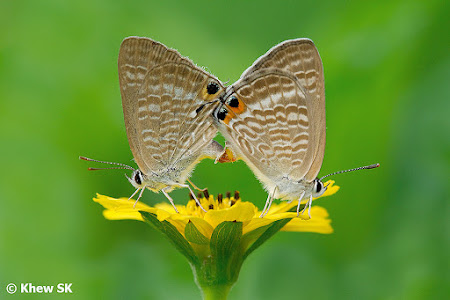 We are now about halfway through the fourth month of the year, and typically, the weather should spell springtime for the northern hemisphere. However, the cold fingers of winter seem loathe to release its hold, leaving cold snaps in its wake, and even unexpected snowfall in several countries in late March. In Singapore, the record cold temperatures at the start of the year made way for rather hot and humid days with temperatures reaching the high 30's. 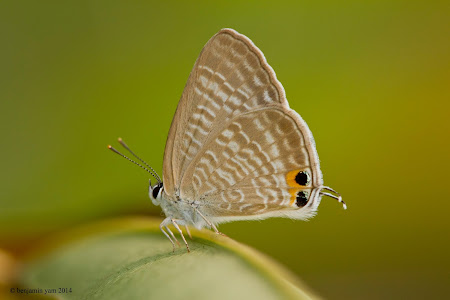 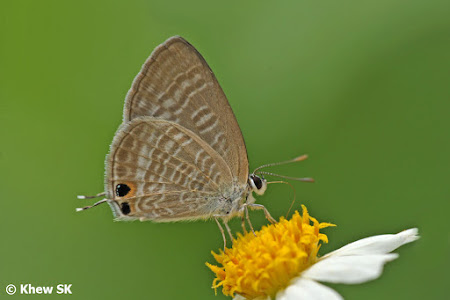 
I took a short vacation in early April to Northern Thailand to Chiangmai. My last trip there was back in Oct 2016, and it seemed like a good time to visit Antonio and our butterfly friends up in Thailand again. The weather forecasts indicated hot dry days with temperatures even hitting 40 deg! However, it rained on the 3rd day when we were in Chiangdao where the night temperature plunged to a cold 18deg! The butterfly activity was rather low for this time of the year, but we still enjoyed the trip. 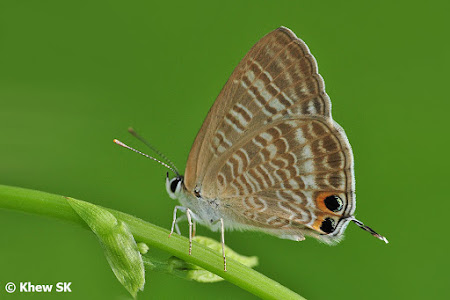 The world of technology and social media has touched hundreds of millions of users all over the world. And it would be unimaginable today, if we didn't check our smartphones about what our friends across the globe are doing on popular portals like Facebook, Instagram, Twitter, Whatsapp, Wechat, Weibo and the spectrum of social media platforms that is all-pervasive in our daily lives. 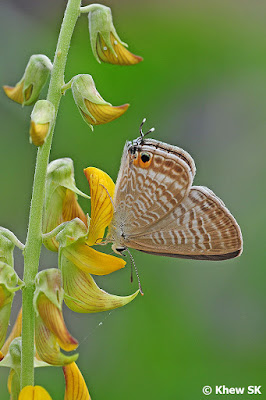 
However, on the 'dark side' of social media, are privacy issues. What each of us choose to share with our friends, may end up in the wrong hands. A case in point would be Facebook's data breach that has affected over 87 million users, mainly in the US. The data leak created a situation where personal information may have been inappropriately shared without the users' permission. 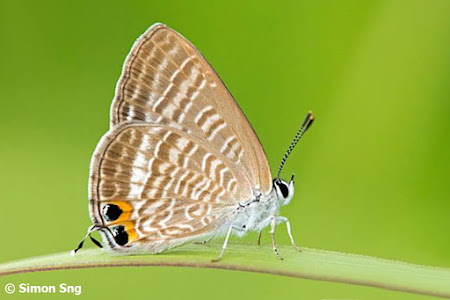 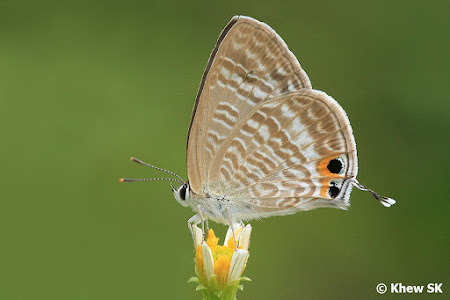 Speaking of privacy, today's technological advances have the potential of becoming the 'all-seeing' eye in both the virtual and real worlds that we exist in. One such technology, facial recognition, has already been tested and proven to work in China, when a fugitive was recognised and identified from a sea of 50,000 spectators at a concert, by a facial recognition system. He was subsequently nabbed by the police. 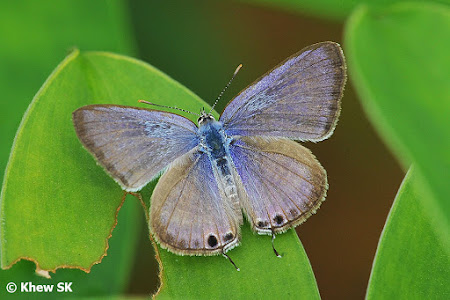 Singapore is also planning to jump onto this facial recognition bandwagon with a government initiative to install such a system island-wide via its 110,000 lamp posts. Like all new technological systems, there are always positive and negative sides to consider. On the lighter side of things, high quality face mask manufacturers (cue Tom Cruise in Mission Impossible) may be ramping up their production capacities in anticipation of the increased business! 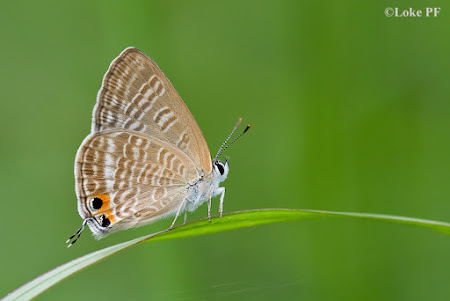 A Pea Blue perching on a blade of grass


Such a "facial" recognition system may also be useful for our butterflies. But unfortunately, there is probably very insignificant commercial motivation for any company to develop such a system. A amateurish attempt to do this by a local enthusiast started a couple of years back, but it quickly fizzled out after the recognition algorithm was unreliable to ID butterflies. Perhaps when someone more capable designs the system, such a butterfly ID system may see the light of day. 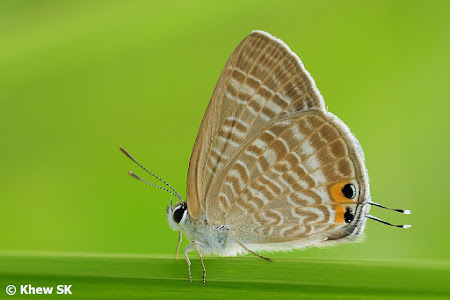 Our Butterfly of the Month for April 2018 is the common species, Pea Blue (Lampides boeticus). This species has the distinction of being first described by the 'father of modern taxonomy', Carl Linnaeus himself back in 1767! The Pea Blue is globally widespread and is recognised as the English "Long-Tailed Blue", an infrequent visitor to the southern coast of England. 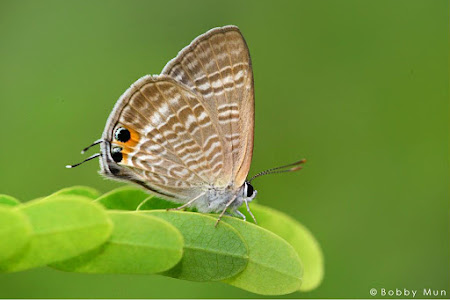 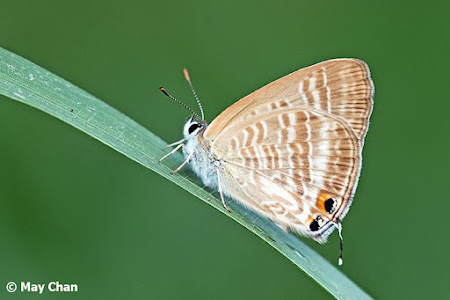 Despite its delicate appearance, the Pea Blue is nomadic and has a range that takes it from southern Europe to Africa and the Indo-Australian Region to as far east as Hawaii. It has not been found in America yet. The Pea Blue is one of the butterflies that most taxonomists have not found any morphological or geographical justifications to add a subspecies to. 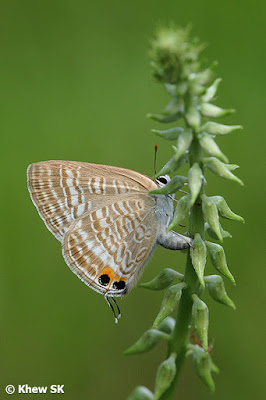 
The Pea Blue is considered common in Singapore, and is most often seen wherever its caterpillar host plants, Crotalaria retusaand Crotalaria mucronata are found. In recent years, the host plants are cultivated in our urban parks and gardens and is one of the preferred plants for butterfly gardens. The Crotalaria spp. also have the added benefit of being attractive to Danainae butterflies, which feed on the excretions of the seed pods and stems of the plant. 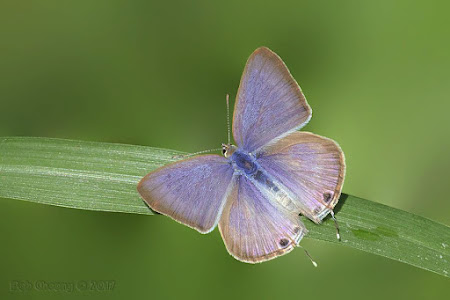 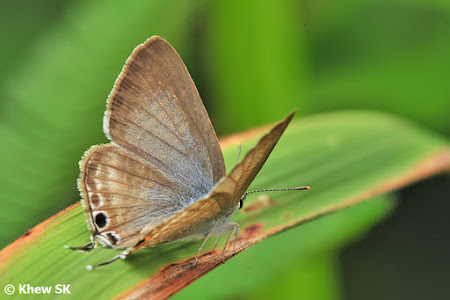 
The male of the Pea Blue is dull purple blue above with two black tornal spots on the hindwing. The female is brown with the wing bases a pale shining blue, with white post-discal and submarginal fasciae on the hindwings. Males are more often encountered, although females can usually be spotted ovipositing on the caterpillar host plants. 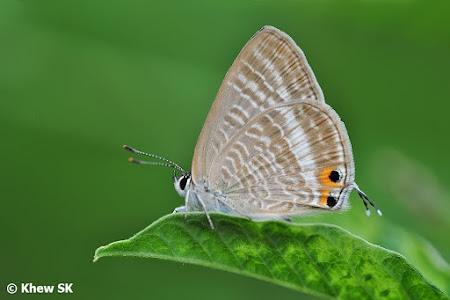 The underside is a pale buff brown with white transverse fasciae creating a pattern that is easily distinguishable and quite unlike that of any other Lycaenid. The orange-crowned black tornal spot on the hindwing has greenish-blue metallic scaling. There is a long white-tipped filamentous tail at vein 2 of the hindwing. 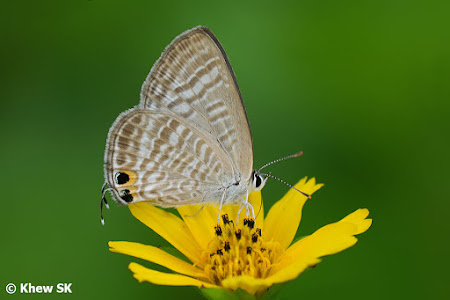 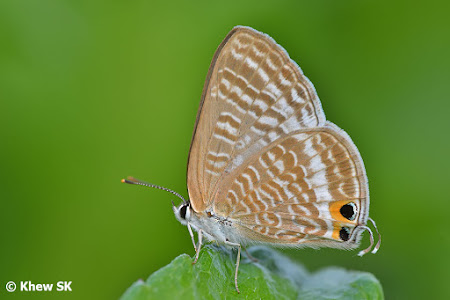 The Pea Blue is usually skittish, flying with an erratic flight pattern. But it can be approached carefully when it stops to feed at flowering plants or when it perches on the top surface of leaves to sunbathe or to rest with its wings folded upright. 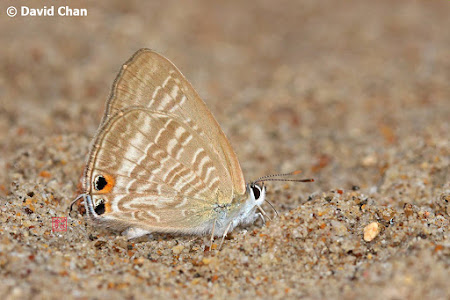 A Pea Blue puddling at a damp sandy streambank