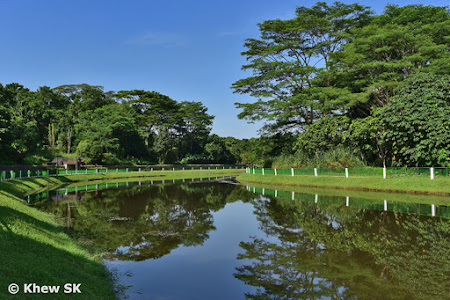 
We continue our exploration of the many public parks in Singapore managed by the National Parks Board (NParks). There are currently over 300 parks in Singapore, big and small, and 4 nature reserves under the management of NParks. In keeping with Singapore's "City in a Garden" vision, the planning of Singapore has taken into account the preservation of greenery in our intensively developed island. This is to ensure that Singapore does not become a jungle of concrete, bricks and mortar. 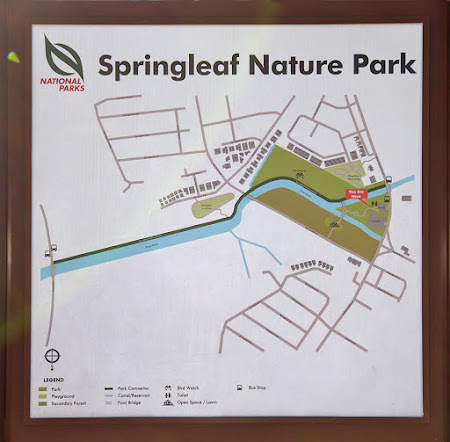 
This weekend's blog article features a small park of about 6 Ha in size. What is unique about this nature park, is that it is situated at the confluence of two streams from the catchment in the Mandai and Sembawang precinct. The water from these two streams drain into the the Lower Seletar Reservoir towards the east of this park. 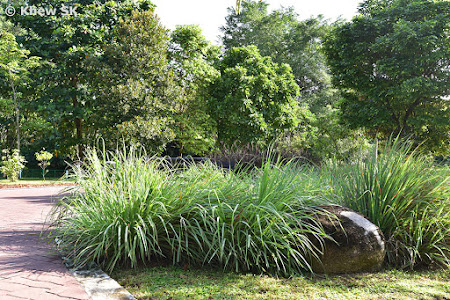 Landscaping around the managed part of the park is aesthetically pleasing, but with the wrong plants, very low butterfly activity is observed.


This nature park, called Springleaf Nature Park, is located in an area formerly known as Chan Chu Kang (曾厝港) village. This village was named after the village headman by the name of Chan Ah Lak 曾亞六 (1813-1873), who owned the land in this area, where he cultivated pepper and gambier cash crops in the 1850's. The village was later renamed to Nee Soon Village after Lim Nee Soon established a rubber plantation there. 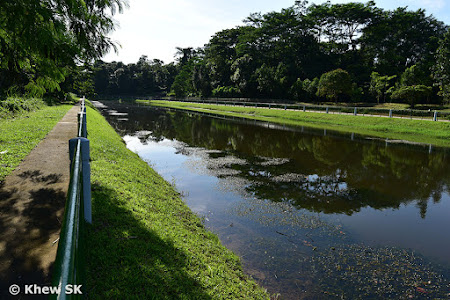 With the rapid urbanisation of Singapore, the area became part of Yishun New Town. Opened in Nov 2014, Springleaf Nature Park is the first of four new nature parks which will serve as green buffers to the Central Catchment Nature Reserve. These parks - which include Chestnut, Thomson and Windsor Nature Parks - will help to reduce visitorship pressure on the Reserve by providing an alternative venue for the public to enjoy nature-related activities. The development of these nature parks in Singapore is part of a holistic approach to conserve the biodiversity in our nature reserves. 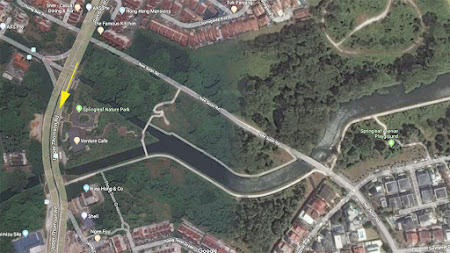 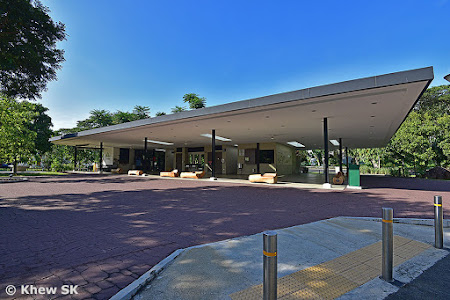 Access to Springleaf Nature Park is via Upper Thomson Road. There is a small carpark (chargeable) with about 20 lots if you are driving. The main single-storey visitor pavilion and rest rooms are located next to the car park and adjacent to the main road. A small cafe, run by Verdure forms part of this visitor pavilion. A convenient location for some refreshments after an outing at the park! 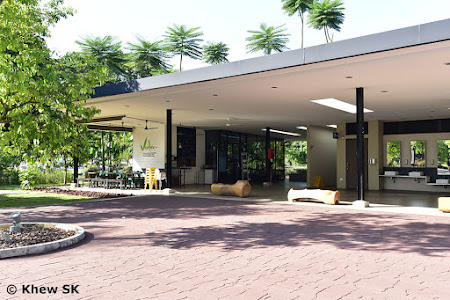 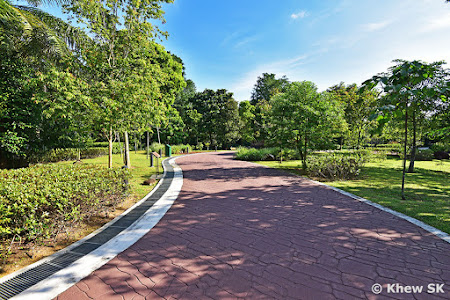 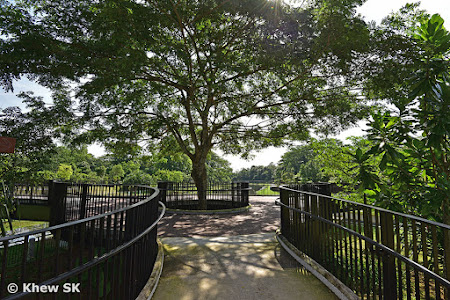 The elevated viewing platform that encompasses a tree into its design 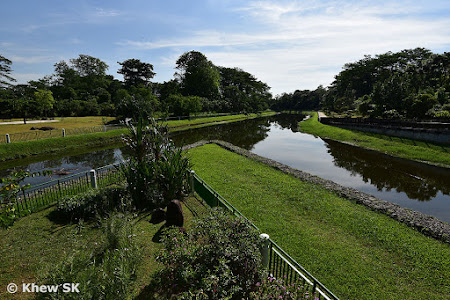 The view out to the promontory where the two streams converge

Setting out from the visitor pavilion will bring you to a simple red 'rubble' concrete path that winds sinuously towards an elevated circular platform that encircles a tree. From this platform, a visitor can look at the scenery beyond and the confluence of the two streams and the promontory where they intersect. A wide canal then extends beyond, where the edges are 'softened' with grass verges, instead of a hard concrete engineered canal. 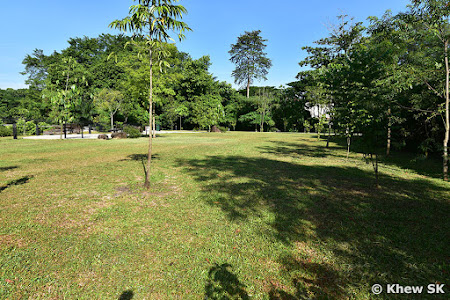 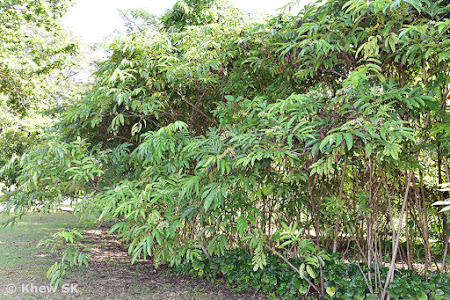 Moving towards the left, one is greeted by an open space with cultivated trees. A tall hedge of Bandicoot Berry (Leea indica) and Red Tree Bush (Leea rubra) line the edge of this open grassy field. You can then make your way to the side table of the canal and walk alongside the edge of the green verges. 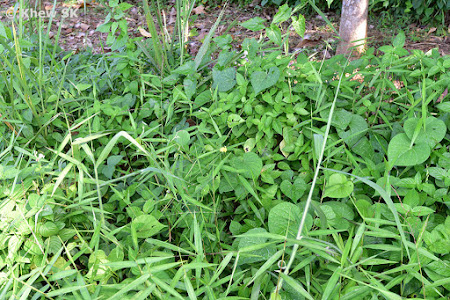 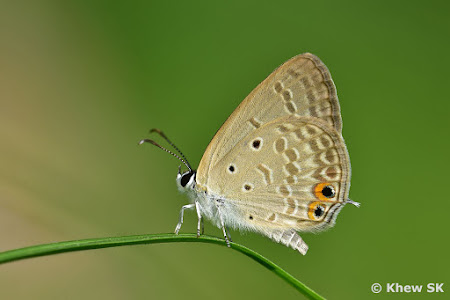 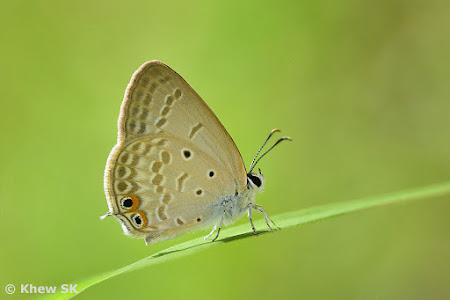 Along these areas, you can find wild-growing patches of Vigna reflexopilosa, the caterpillar host plant of the Gram Blue (Euchrysops cnejus cnejus). Once you reach this area, it is very highly likely that you will encounter several individuals of the Gram Blue, both males and females, fluttering restlessly amongst the low shrubbery. This butterfly feeds on the wildflowers in the vicinity, and the males have also been observe to puddle on carrion and bird droppings on the forest floor. 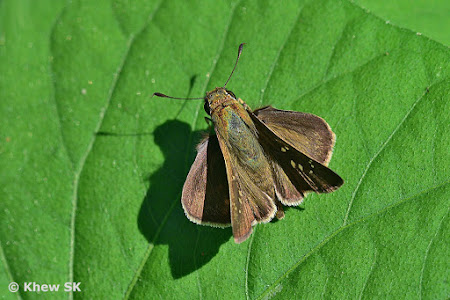 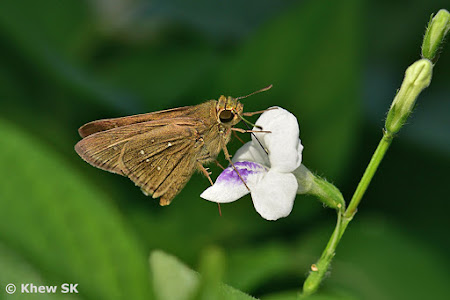 Amongst the tall grasses like Lalang and Guinea Grass that grows along the forested edges, you can expect to see several species of Hesperiidae like the Contiguous Swift and Small Branded Swift zipping amongst the bushes and opening their wings to sunbathe. Skippers are also seen feeding at the flowers of the Chinese Violet (Asystasia gangetica) 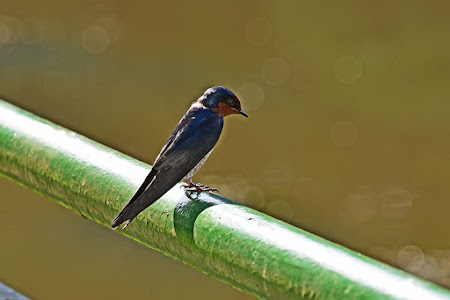 There is good bird diversity at Springleaf Nature Park

Walking along the canal, you can observe the active bird life and the resident Kingfishers, Blue Tailed Bee Eater and Swallows will often be around to entertain you with their flying and hunting prowess. Up on the branches of the tall trees, you can often hear the calls of the raptors that nest in the upper reaches of these majestic trees. 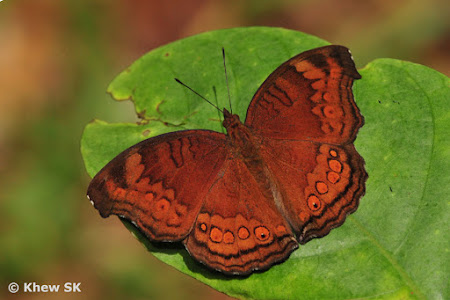 Other urban butterflies that flutter around the area are the Plain Tiger, Chocolate Pansy, Leopard and Lemon Emigrant. However, due to the lack of the preferred nectaring plants for butterflies, Springleaf Nature Park's butterfly diversity is somewhat low. This is a pity, as the location of this park that is close to the Central Catchment Nature Reserves would have given it the advantage of being able to attract a wider diversity of butterfly species to this park. 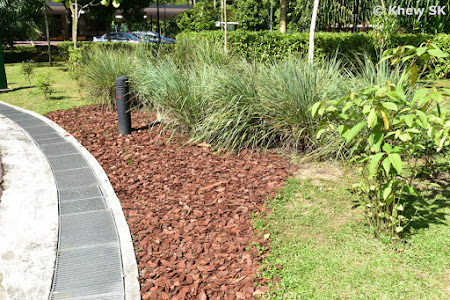 A patch where Lantana camara used to grow, but now removed and covered with wood chips

Even at the main entrance area, where large patches of Lantana camara used to be planted, are now gone. Perhaps it was too much of a maintenance issue that resulted in the removal of these butterfly 'magnets'. The Javanese Ixora bushes appear to be unhealthy and there are very few flower heads that would encourage visiting butterflies to feed on them. 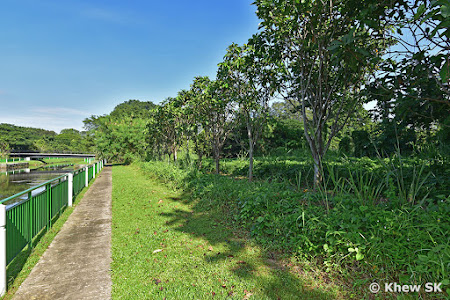 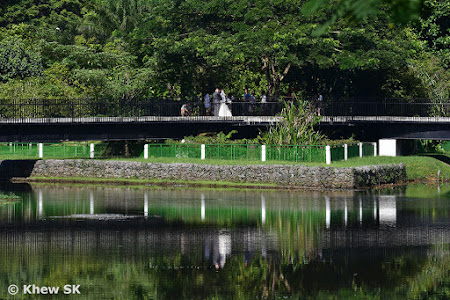 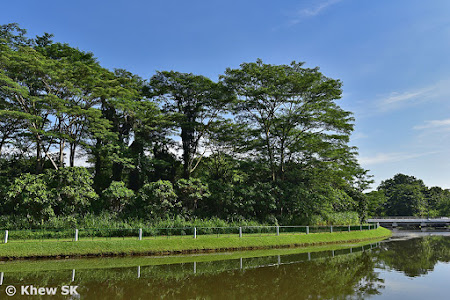 Walking on the other side of the canal after crossing the bridge along Nee Soon Road and heading back to the entrance pavilion, again the planting of orchids and other non-butterfly attracting plants did not do anything to attract the potential species of butterflies that can be found in the area. All in all, whilst this Nature Park has a lot of potential to attract butterflies, the current planting palette completely misses any opportunity to do so. 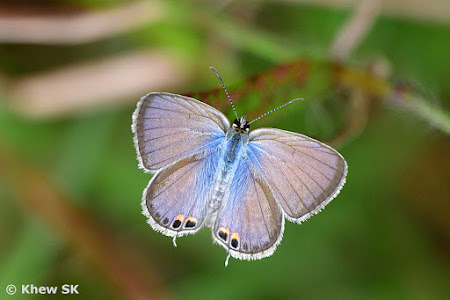 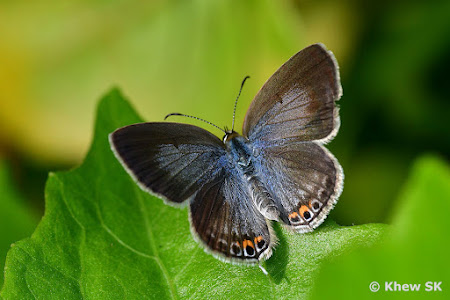 Other than an almost 'guaranteed' sighting of the Gram Blues in this Nature Park, the butterfly diversity is left much to be desired. A more judicious selection of both nectaring and host plants would have made a big difference, as could be seen in the Bukit Panjang Butterfly Garden, which is also near the Central Catchment Nature Reserves. Until that happens, visit the Springleaf Nature Park for its rich bird life and tranquil green and blue scenery. But all is not lost - its butterfly diversity can easily be improved by planting the right plants to attract butterflies.  It has the potential to stand equal with some of the more successful butterfly-watching parks and gardens in Singapore. 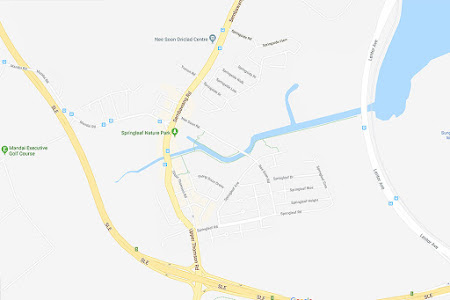 How to Get There :
By Public Transport : Take bus service SBS 138, SMRT 167, 169 or 980 and alight at bus stop outside the former Nessea Club along Upper Thomson Road.