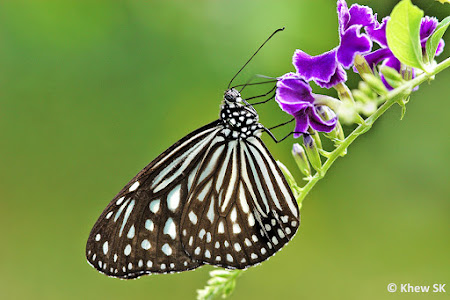 
Almost half the year has already flown past us in 2016, as we ponder the road ahead. A group of seven ButterflyCircle members made a quick trip to Fraser's Hill in Malaysia for a short break to escape the hustle and bustle of our daily work life. If I recall correctly, our last trip as a group was four years ago back in 2012, and it would be nice to see how Fraser's Hill's butterfly diversity is like this year. 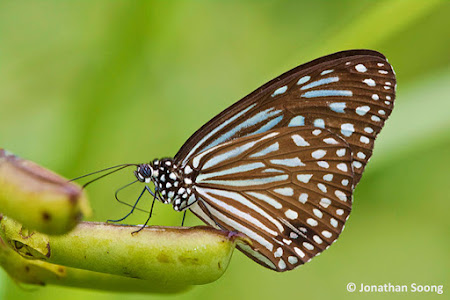 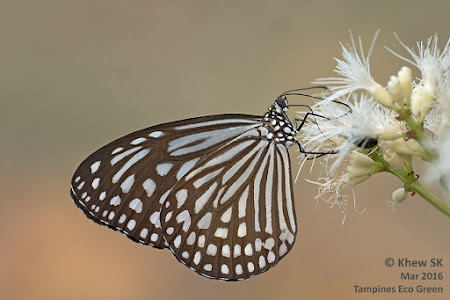 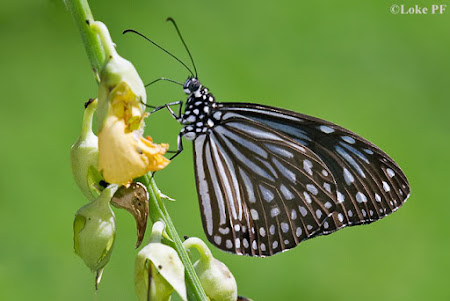 This time around, we stayed at the Shahzan Inn, a decently-priced hotel right smack in the town centre of Fraser's Hill. Our four-day stay was blessed with relatively good weather, other than a short drizzle on one of the mornings. We also met up with a few good old friends from Kuala Lumpur, who made a day-trip to join us on our butterfly-hunting outing. 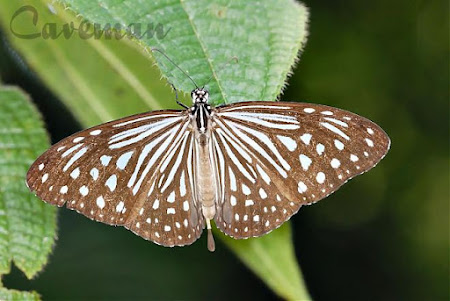 
The butterfly activity was relatively ok for most of the trip, and we also managed to add a couple of species here and there to our personal tally of butterfly photos. Compared to the higher Cameron Highlands, I always thought that the temperature at Fraser's Hill was cooler and the environment less damaged by development and farming. Let's hope that the powers that be continue to keep Fraser's Hill this way for many more years to come. 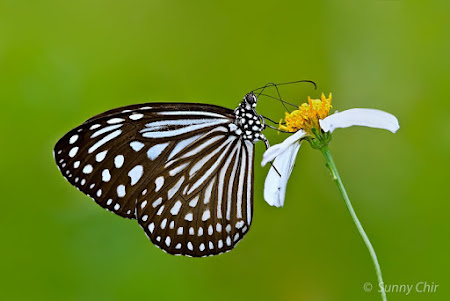 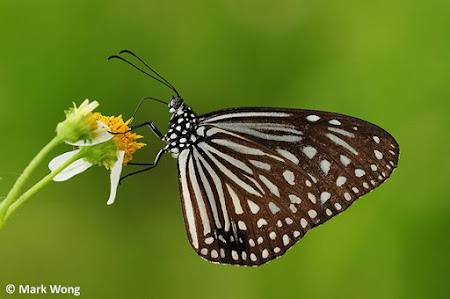 Back home in Singapore, the weather appears to be much wetter on many days in May and June, as the intermonsoon winds brought respite from the hot dry weather in the early months of the year. The local scene also appears to be rather quiet, although the economy continues its lacklustre and gloomy outlook. 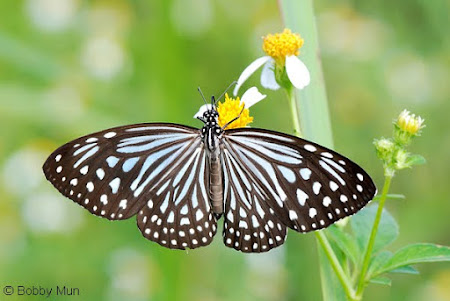 The Singapore public sector, however, is abuzz with a lot of debates regarding the government's announcement that public servants will have no internet access on their official workstations from May 2017. Whilst the social media critics will have a field day criticising the apparent knee-jerk reaction by the government, it is always important to keep abreast of the reasons why such an extreme measure has to be taken. 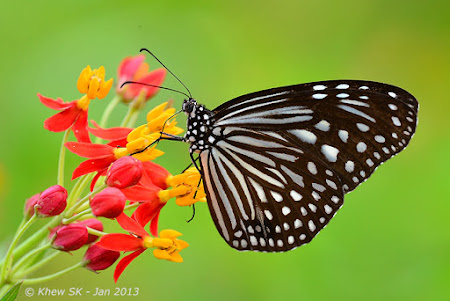 
Security risks are always around us as the world continues to develop and become highly dependent on information technology and the internet. As we become more and more connected and many countries are looking at becoming "smart" nations, the risks will continue to increase exponentially as far as cyber-attacks and technology-driven terrorism are concerned. Sci-fi and suspense movies have hypothesised and predicted what could happen when criminals take over IT networks and the chaos that they can cause. Will there be a possibility that such events can happen in the future? Only time will tell. 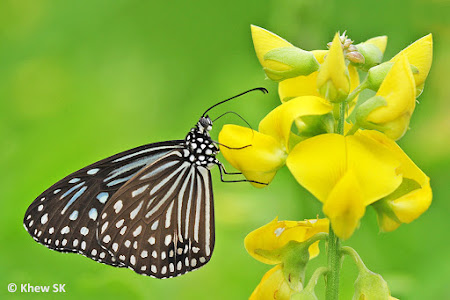 This month, we feature a relatively common butterfly in our environment, the Dark Glassy Tiger (Parantica agleoides agleoides). This species has a widespread distribution across the island - from urban parks and gardens to mangrove wetlands and the nature reserves. Its lookalike cousin, the Blue Glassy Tiger (Ideopsis vulgaris macrina) which was featured as last month's butterfly of the month, can be differentiated from the Dark Glassy Tiger by the forewing markings.


The Dark Glassy Tiger has narrow black longitudinal streaks in the forewing cell that sets it apart from the Blue Glassy Tiger, which has a thick transverse bar in the cell. The Dark Glassy Tiger also appears "greyer" when in flight, although this is not a reliable way of distinguishing the two lookalike species. Both frequent similar habitats and are often seen together when feeding on flowering plants. 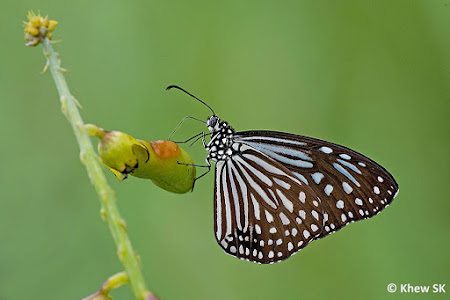 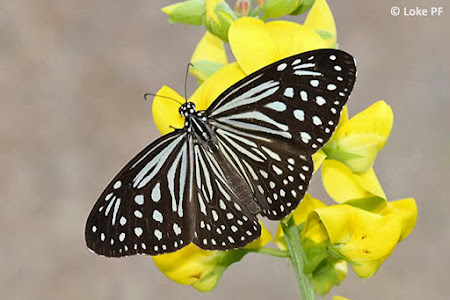 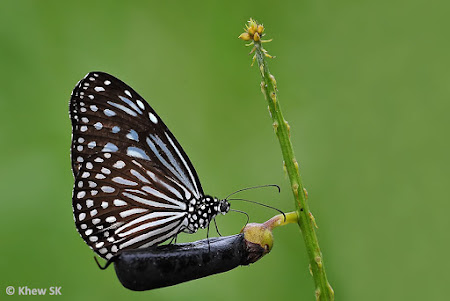 
It has a slow and unhurried flight as it flies from flower to flower to feed on nectar. It is not difficult for a beginner to photograph, whilst it is feeding. The Dark Glassy Tiger is also attracted to the Indian Heliotrope as well as the False Dill, particularly dried parts of these plants. Like many of the related Danainae species, the Dark Glassy Tiger is partial to the Rattleweed (Crotalaria retusa) plant and can usually be observed feeding on the sap on the stems and seed pods of the plant. 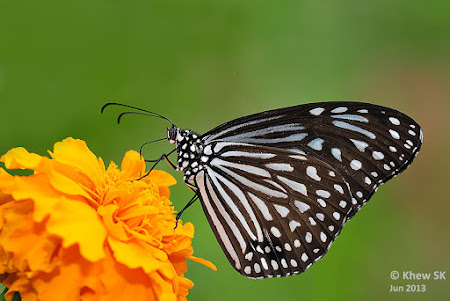 The caterpillar of the Dark Glassy Tiger feeds on lactiferous vine Tylophora flexuosa which it shares with its cousin the Blue Glassy Tiger. Its complete life history has been successfully recorded in Singapore and can be found on this blog here. 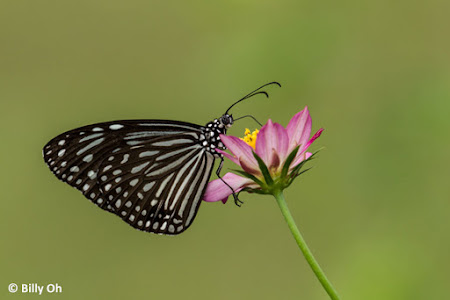 Posted by Commander at 8:11 PM