Life History of the Palm Bob 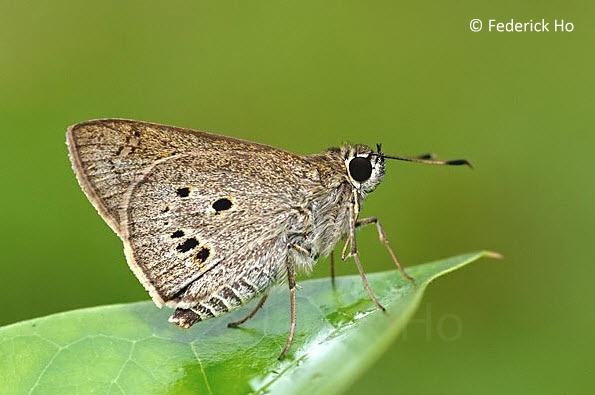 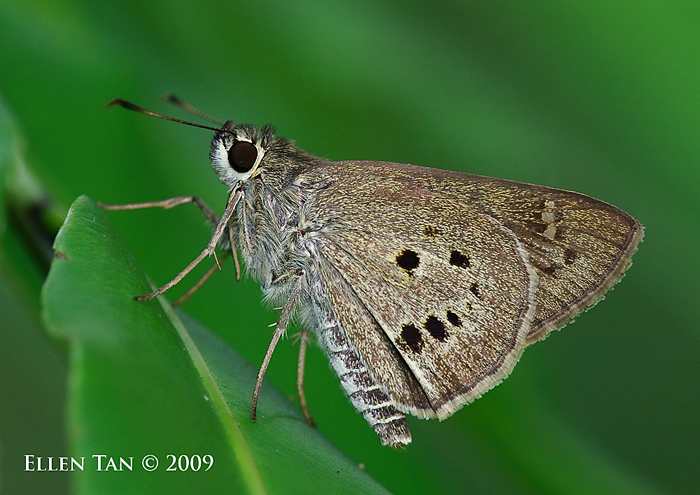 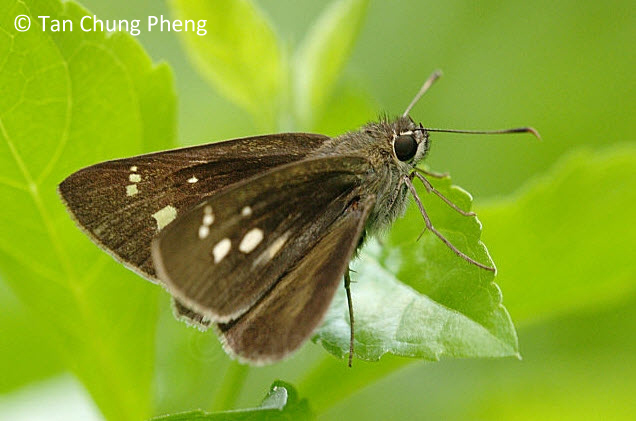 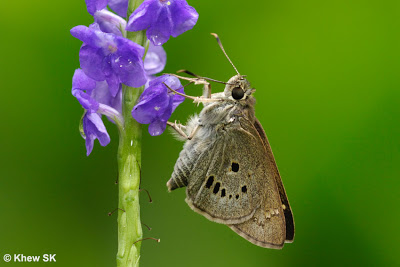 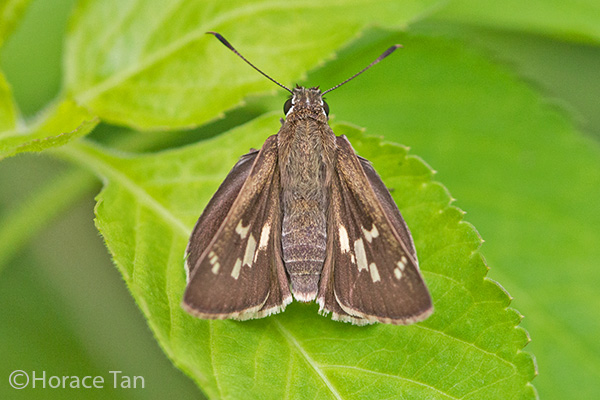 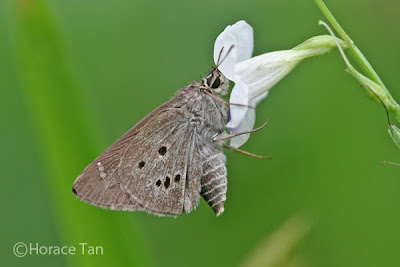 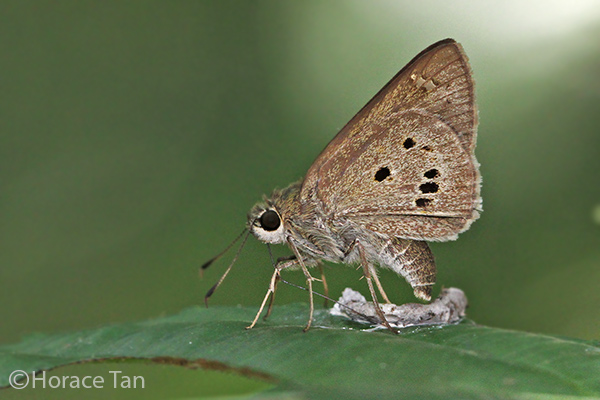 The Palm Bob is common in Singapore. Sightings are rather frequent in nature reserves and in urban parks and gardens. The adults are fast flyers and are skittish when disturbed. They have been observed to visit flowers and sunbathe in sunny weather, and to puddle on bird dropping. 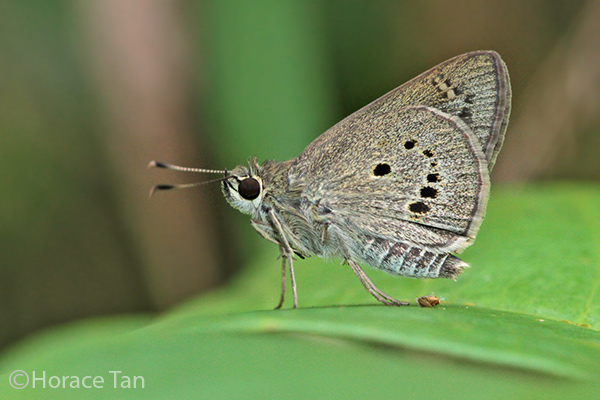 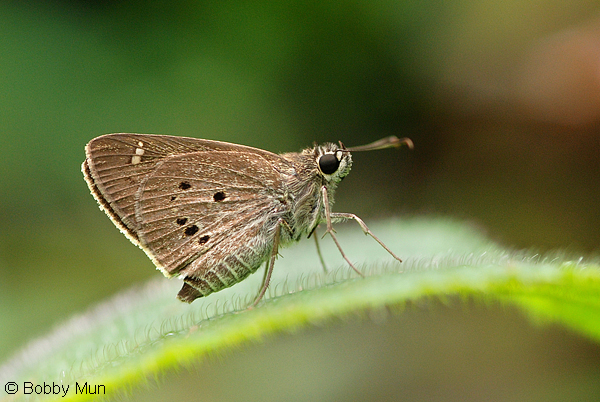 Worldwide, a fair number of palm species have been recorded as larval host plants for the Palm Bob. The same is true in Singapore, and two of them have so far been identified as the Coconut Palm and the Lady Palm. Both palm species are rather commonly cultivated in parks and gardens across the island. The caterpillars of the Palm Bob feed on the leaves of the host plant in all instars, and live in leaf shelters constructed by cutting and folding leaf fragment on a palm frond. As the caterpillar grows in size later through progressing instars, it will abandon the current one and construct a larger one to accommodate its increased body size/length. 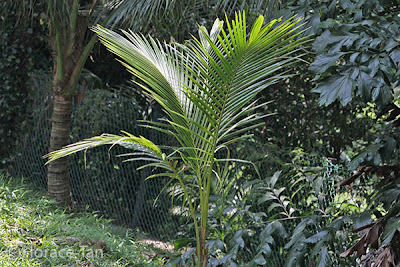 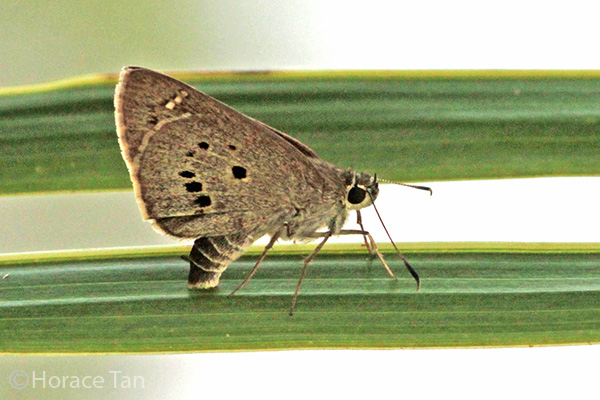 A female Palm Bob laying an egg on the upperside of a leaf frond of the Coconut Palm.


The eggs are laid singly on the upper surface of a leaf of the host plant. Each shallow dome-shaped egg is wine red with whitish longitudinal ridges emanating from the perimeter of the micropylar area sitting atop the egg. The eggs are rather large with a diameter of about 1.4mm. 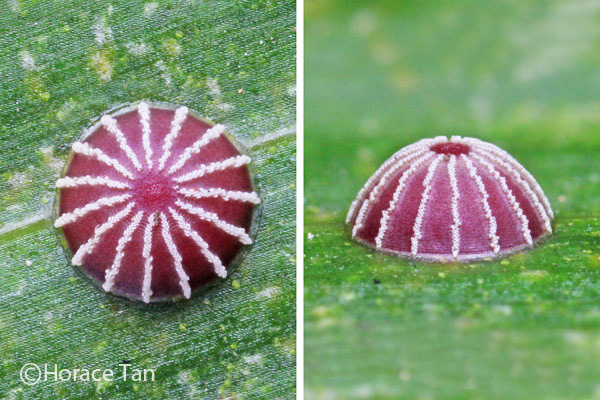 
It takes about 4 days for the egg to hatch. The egg decolorizes to a dull shade of pinky brown when fully mature on the last day of this phase. The young caterpillar nibbles away just enough of the shell to emerge, but it makes only a feeble attempt to eat the remaining egg shell. The newly hatched has a length of about 3mm. Its bright orangy red body is cylindrical in shape and there is a tuff of moderately long setae on the posterior segment. Its head is in a bright shade of reddish brown.

A sequence of three views of a mature egg on the last day of the oval stage. 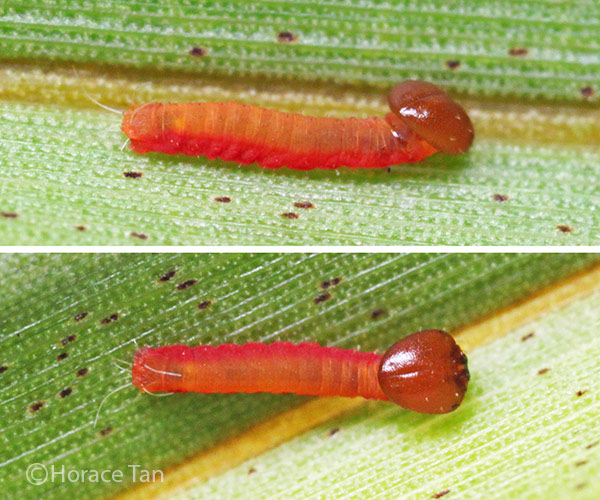 
After abandoning the empty egg shell, the newly hatched caterpillar constructs its first leaf shelter typically on the same leaflet of the palm frond. From the shelter, the caterpillar leaves the shelter periodically to feed on the nearby leaf lamina. The 1st instar takes a total of 3.5-4 days to complete with body length reaching about 6mm. 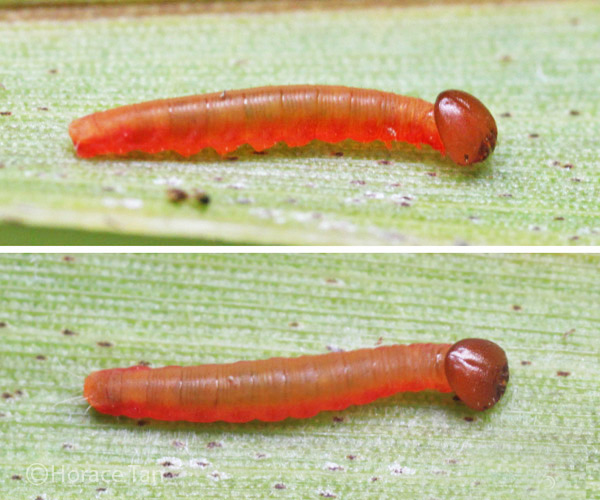 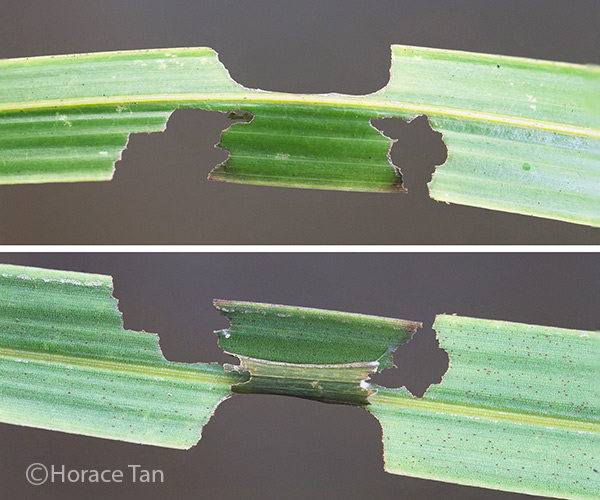 Two views of a leaf shelter of a 1st instar caterpillar, showing both sides of the leaf. The lower panel shows the actual shelter along the mid-rib. 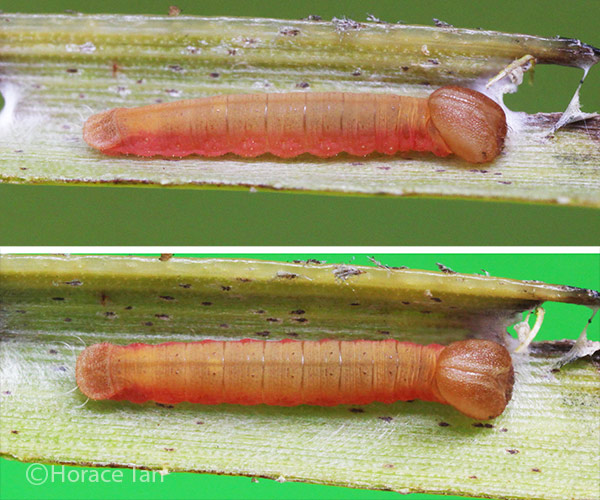 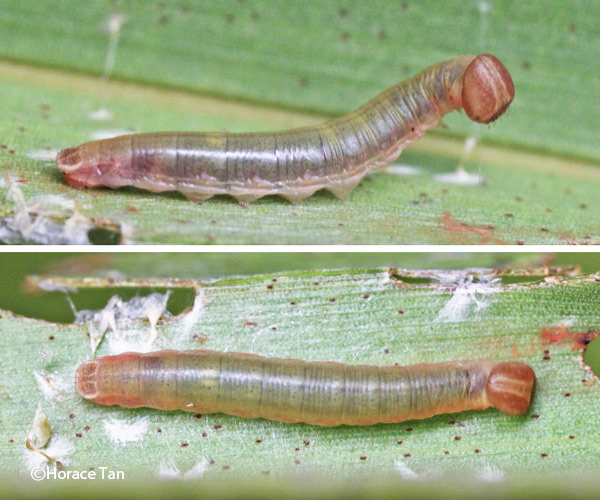 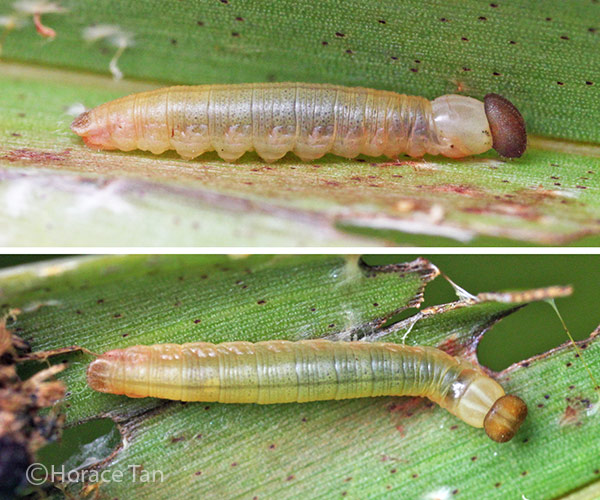 Two views of a late 2nd instar caterpillar, dormant prior to its moult, length: 8mm. 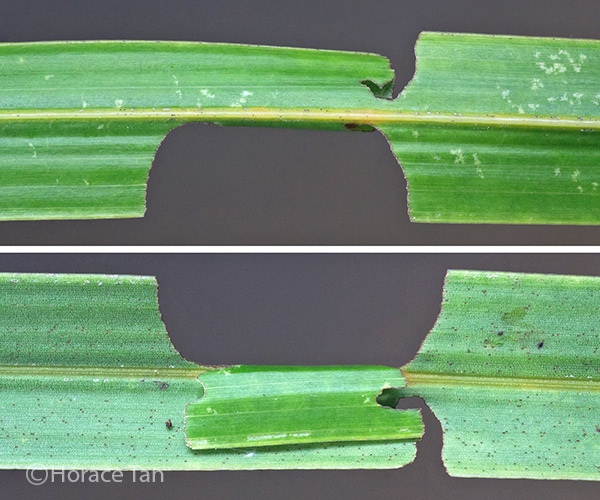 Two views of a leaf shelter of a 2nd instar caterpillar, showing both sides of hte leaf. The lower panel shows the actual shelter folding down across the mid-rib.


The 3nd instar caterpillar resembles the 2nd instar caterpillar initially but soon loses all remaining traces of reddish tone in its body. For most of this instar, the body is pale yellowish with greenish undertone. The head capsule takes on two additional whitish stripes which occur laterally, and the pale brown patches have small whitish spots embedded. This instar lasts about 3 days with the body length reaching up to 13mm. 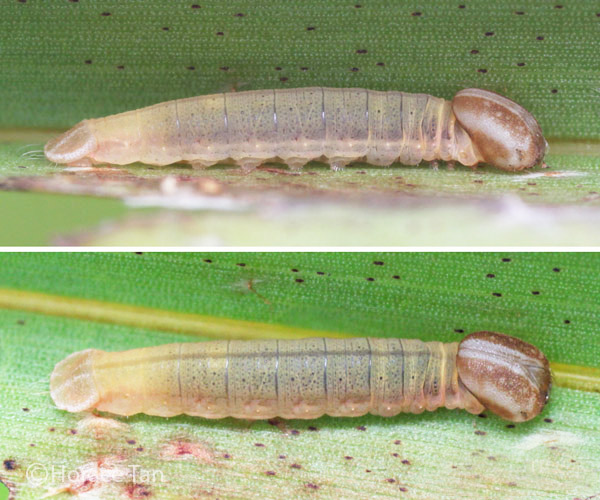 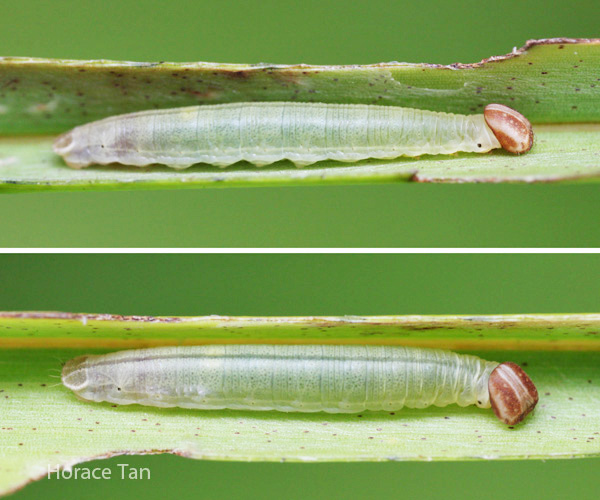 Two views of a 3rd instar caterpillar, late in this stage, length: 13mm.


The 4th instar caterpillar resembles the 3rd instar caterpillar closely but with minor differences. In the head capsule, both the white and brown coloration are now more intense, giving the head a more striking appearance. Another observable change is that the spiracles are now black in colour. This penultimate instar lasts about 5 days with the body length reaching up to 20mm. 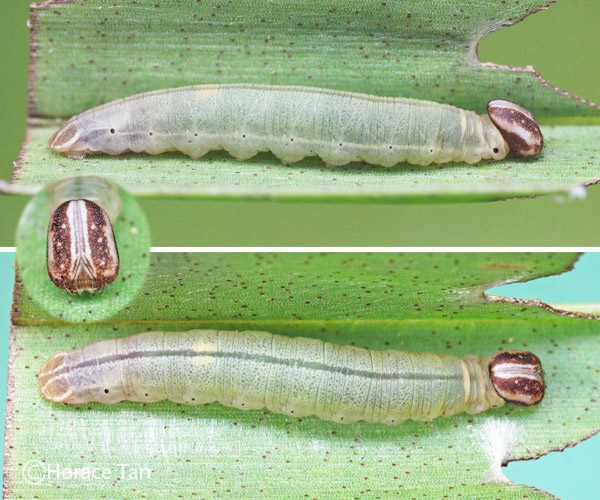 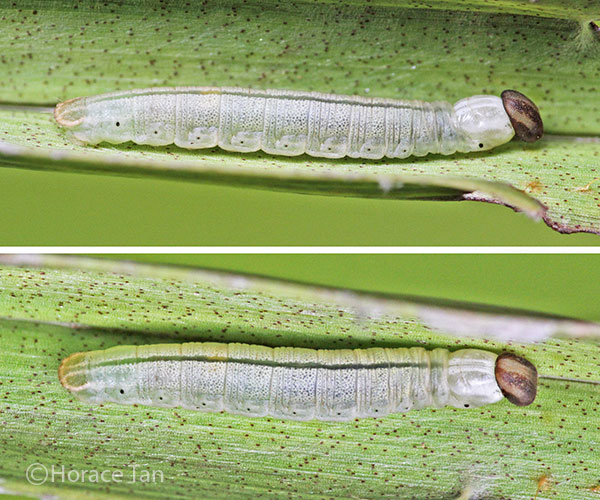 
The body of the 5th instar caterpillar is pale yellowish to whitish. The most prominent change from the 4th to the 5th takes place on the head capsule which has the brown coloration turned to black and with the whitish stripes expanded. 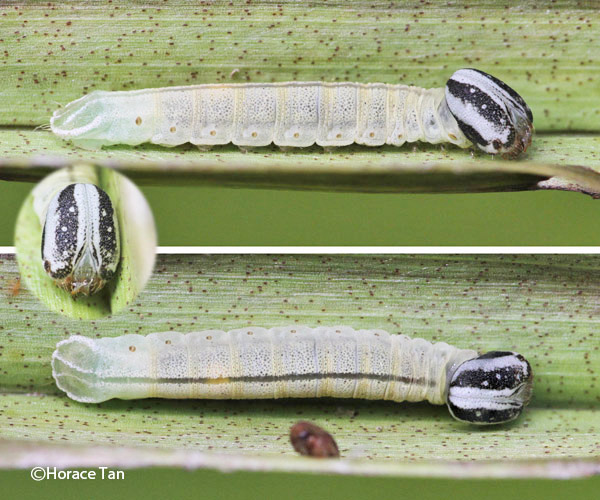 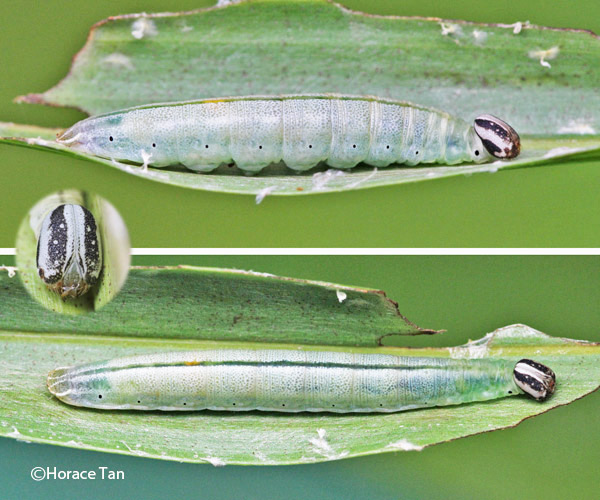 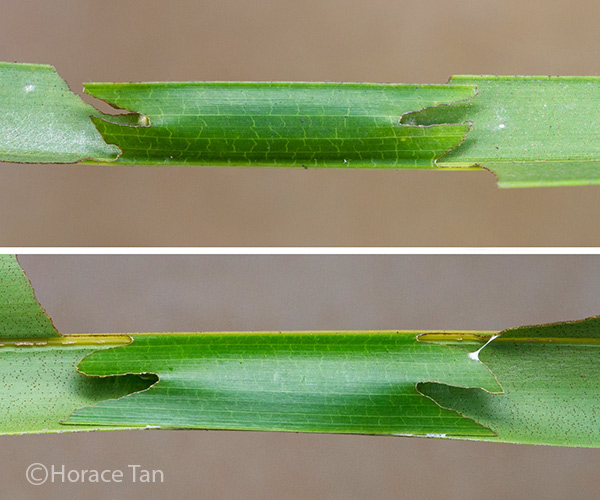 
The 5th instar takes about 8-9 days to complete with the body length reaching up to 35mm. In the last 1-2 days of this instar, the underside of caterpillar starts to excrete some whitish powdery substance. Within the leaf shelter, a large number of silk threads are spun and a great mass of small whitish particles deposited . At this time, the body shrinks in length and its body colour changed to yellowish green. The shelter is rather tightly sealed as the caterpillar enter its prepupatory phase which lasts for about 1.5 days. 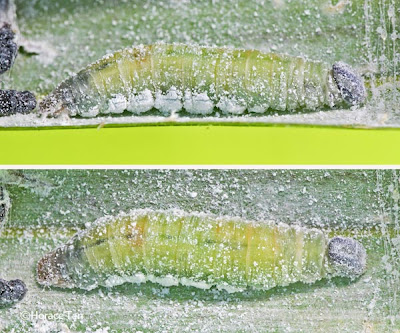 A pupation shelter opened to reveal two views of a pre-pupa of the Palm Bob.


Pupation takes place within the leaf shelter. The pupa does not have a cremastral attachment nor a silk girdle and it is mainly secured with tightly woven silk threads in the shelter. It has a short thorax and a rather long abdomen. The body is darker green in the thorax and wing pad areas, but yellowish brown in the abdomen. Length of pupae: 19-20mm. 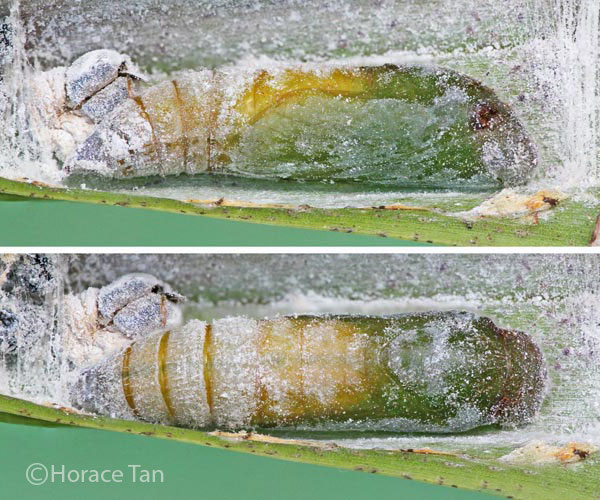 Two views of a pupa of the Palm Bob.


After 8 days, the pupa becomes mostly dark brown as the adult development stage within the pupal case comes to an end. Eclosion takes place the next day. 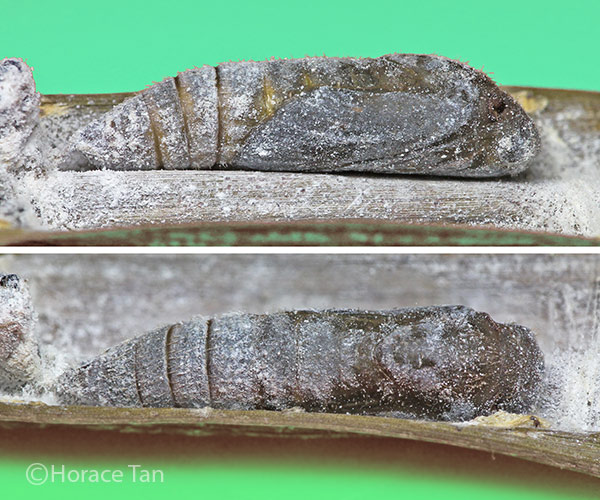 Two views of a mature pupa of the Palm Bob. 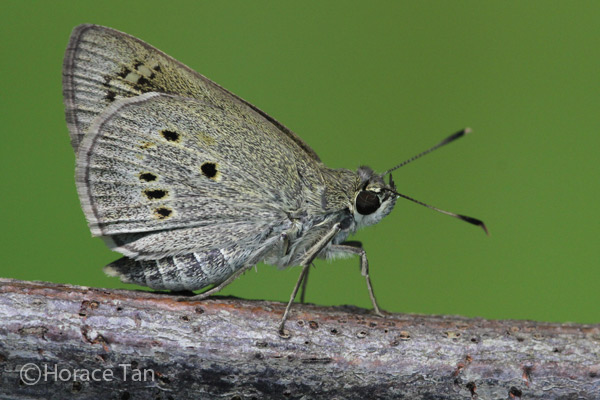