Butterfly of the Month - December 2013 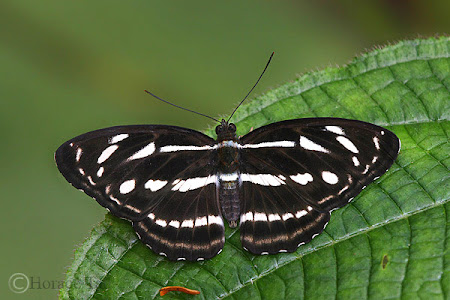 Twelve months have whizzed by, and it's now the final month of the year 2013. Indeed, time and tide wait for no one, and if you've procrastinated about doing something or visiting somewhere that you've always been wanting to, the year will soon be over if you've still not put your dreams into action. 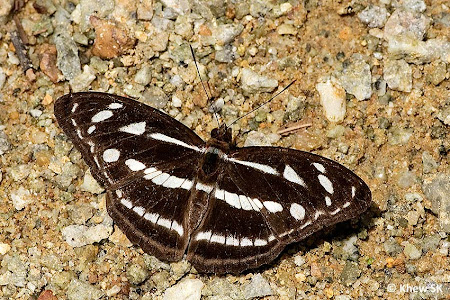 Over in Singapore, it has been a very eventful month in the local scene. An incident, one that has not happened in Singapore for over 40 years, dominated the news. On the evening of 8 Dec 2013, a fatal accident involving a construction worker of Indian nationality sparked off a riot in the Little India precinct. A crowd of about 400 people, mainly from South Asia, reacted with violent anger at the accident, and a full-scale riot erupted. Police and emergency vehicles were overturned and set on fire. Many uniformed personnel were injured whilst trying to quell the riot and bring the situation under control. 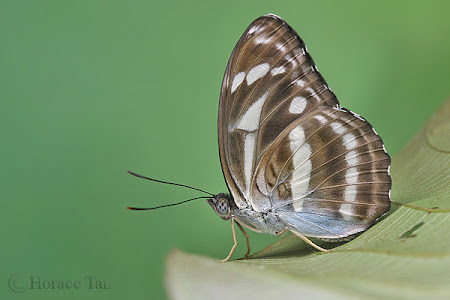 As with any unusual incidents in Singapore, there were many video clips by bystanders that were posted on social media, accompanied by a wide variety of comments from netizens - some downright derogatory to the security agencies, others more level-headed and objective, whilst there were some that were totally hilarious. Whilst the keyboard warriors threw bouquets and brickbats online, the Singapore Police Force went about their jobs of arresting the perpetrators and dispensing the swift justice, that Singapore is well-known for, to the guilty parties. 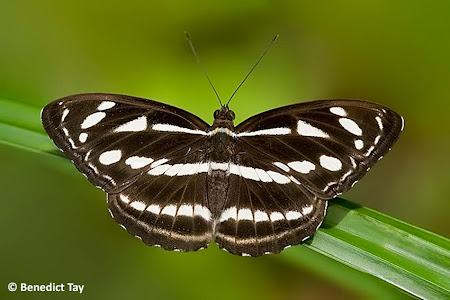 Then on 16 Dec 2013, a man dressed up in Samurai garb, complete with a real samurai sword, boarded an MRT train. Tailed by police officers, the drama unfolded as passengers on the train gave him a wide berth, because he looked aggressive and wielded the unsheathed sword. After he disembarked, the police officers continued to trail him until they managed to apprehend him without anyone being hurt. News reports later mentioned that he was charged and then sent to the Institute of Mental Health for assessment. 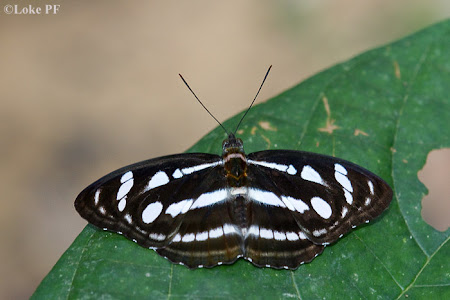 These two "isolated" incidents has one wondering if the pressure-cooker society in Singapore had come to a stage where public displays of rage and violence were inevitable? Is the stress of living in a bustling but over-crowded city, coupled with the pressures of rising cost of living to blame? Or has Singapore become just like another cosmopolitan modern first-world city, complete with warts and all, and the safe haven that our little island nation is globally renown for is beginning to show some insurmountable cracks? As we look ahead to 2014, it will be a time for reflection and for the government and citizens to work hard to put things back in place where law and order take priority, where Singapore is safe and peaceful once again. 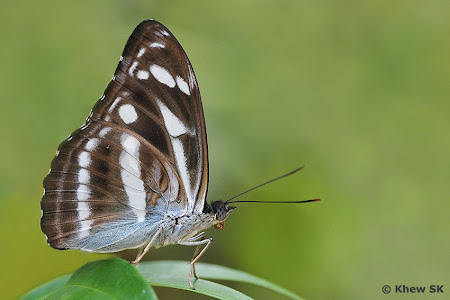 For this cold and wet month of 2013, we feature a Nymphalidae butterfly species, the Dot Dash Sergeant (Athyma kanwa kanwa). The butterfly is predominantly forest-dependent, and is usually encountered in the nature reserves of Singapore. It can be considered rare but has been observed with relative regularity within local areas within the forested nature reserves. 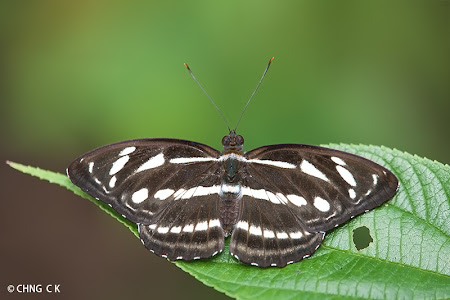 The Dot Dash Sergeant is one of five species of the genus Athyma in Singapore. Featuring the typical black-and-white striped wing patterns that all the species share, the butterflies of the genus are collectively called "Sergeants". Skittish and fast-flying, these robust butterflies are often observed sunbathing on the tops of leaves with their wings opened flat. 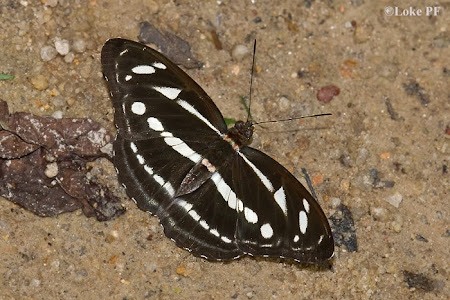 The species can be observed feeding at flowering plants and ripened fruits - particularly of the Singapore Rhododendron (Melastoma malabathricum). Occasionally, they have also been seen puddling at wet sandbanks that have been contaminated with animal excretions. The butterfly adopts a flap-glide flight, but is more robust and quick in flight than the closely related and superficially similar-looking Neptis species. 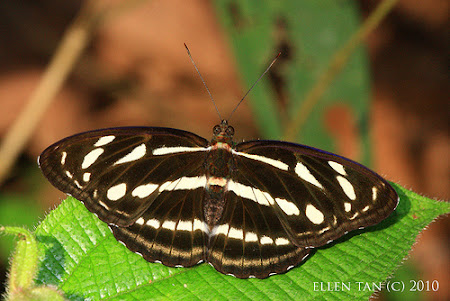 The Dot Dash Sergeant features the usual horizontal black and white stripes across the wings on the upperside. The white cell streak on the forewing is unbroken and separated from the sharp elongated triangular patch adjacent to it. The underside has the same pattern as the upperside, but is greyish brown instead of black. 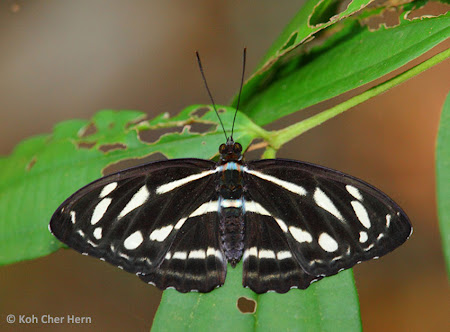 The caterpillars of the Dot Dash Sergeant feed on various Uncaria spp. and the complete life history has been recorded here. 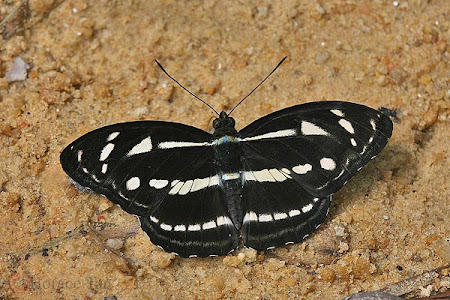 So ends the year 2013, and we look forward to an exciting year ahead. This Butterfly of the Month series has now completed its sixth year, featuring 74 species of our flying jewels in Singapore over a total of 73 months! All of us at ButterflyCircle would like to take this opportunity to wish all our readers a Merry Christmas and a Happy New Year!!!