Butterfly of the Month - October 2012 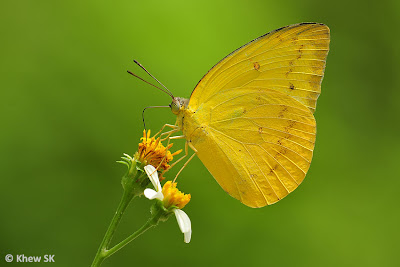 "The falling leaves drift by the window... The autumn leaves of red and gold", so goes the lyrics of an oldie, Autumn Leaves.  This version of the Autumn Leaves is in tribute to Andy Williams, who passed away at the age of 85 last month.  This crooner was very much a part of my growing up years as he entertained my family with many of his golden sentimental hits of yesteryear.  As the colours of autumn begin to paint the landscapes of the northern hemisphere, we are now almost at the end of October 2012. 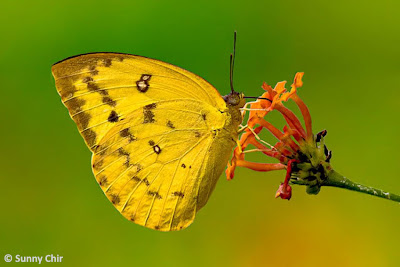 
A couple of months back in my August 2012 article, I mentioned how social media has pervaded many aspects of our lives, and how we interact and relate to the community at large.  Whilst social media platforms like Facebook has its positive side of bringing people and communities together to share information, a grim reminder of the 'dark side' of being too open and vocal with one's thoughts was played out in Singapore recently. 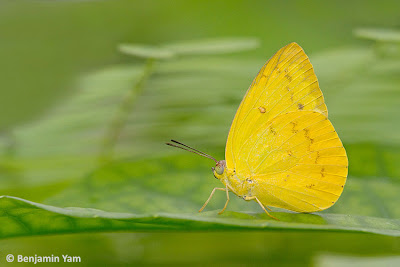 An Assistant Director of the Singapore National Trades Union Congress, probably irritated at the noise from activities at the void deck of her residential block, posted rather inflammatory and racist comments on her Facebook wall.  She was summarily terminated from her employment in all of 24 hours, and the cyberworld was aflame with comments from all and sundry. 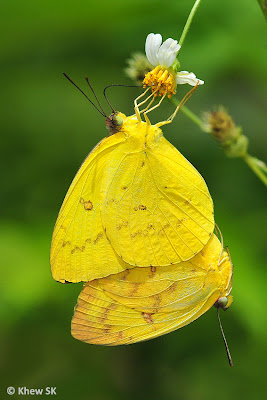 
A grim reminder indeed, at the seriousness with which racist comments can be dealt with, in multi-racial Singapore, where its delicate racial harmony cannot be taken for granted. And also a timely reminder that in social media platforms like Facebook, one cannot be too careful about saying something and assume that it is only for private viewing. The speed at which socially unacceptable comments can go viral is quite literally, at the speed of light! 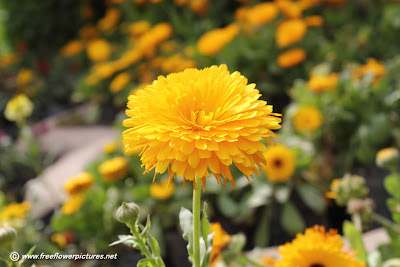 Coming back to our world of nature, a definitely more benign and peaceful world, the month of October is associated with the Calendula or Marigold. It belongs to a genus of about 20 perennial or herbaceous plants belonging to the daisy family Asteraceae. The Calendula normally has layered petals that are oval in shape and can grow to be 3-7cm across. The colours range through various shades of yellow and orange. 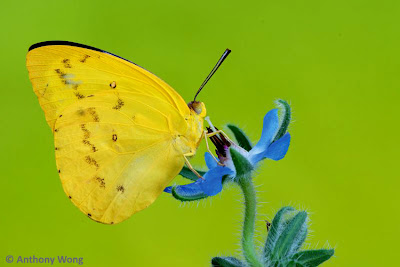 Also featuring a rich orange-yellow colour, is our butterfly of the month, the Orange Emigrant (Catopsilia scylla cornelia).  A predominantly urban butterfly, the Orange Emigrant is often observed in the company of other Pierids, flying powerfully and restlessly in parks and gardens in Singapore.  It has a strong and erratic flight, and is skittish. 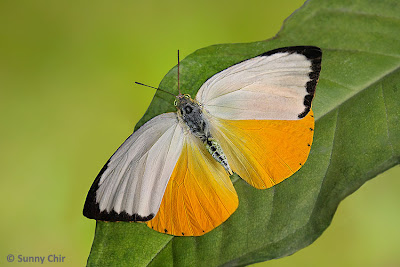 A rare upperside shot of a male Orange Emigrant


The Orange Emigrant has white forewings with black borders and deep orange-yellow hindwings on the upperside.  On the underside, both the fore and hindwings are orange-yellow with dark brownish spots and markings.  The female has a series of irregular sub-marginal spots on the forewing above and a broad black marginal border on the hindwing.  The underside markings of the female are more prominent and often of a deeper orange than the male. 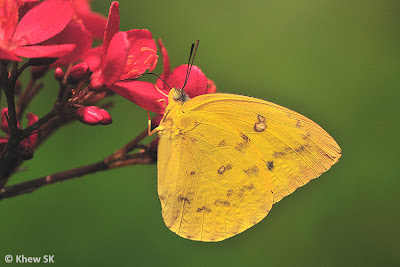 The butterfly is often found fluttering around the bushes of its preferred caterpillar host plant, Senna surattensis (Scrambled Egg Bush or Glaucous Cassia).  This roadside plant is common in Singapore, and is cultivated as a popular landscaping bush with its green foliage and bright yellow flowers. 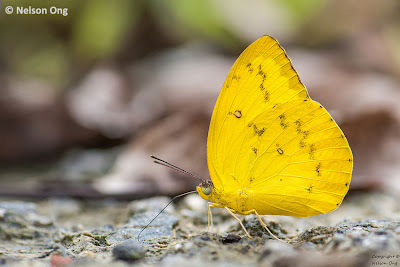 
The Orange Emigrant is relatively common although the species cannot be said to be abundant or as common as its relative, the Lemon Emigrant. Unlike the Lemon Emigrant, which has many male and female forms, the Orange Emigrant occurs in only a single consistent physical appearance. It is most active on hot sunny days, and flies at treetops as well as coming down frequently to feed on flowers of its favourite nectaring plants.  Occasionally, males of the species are observed to puddle on damp forest paths. 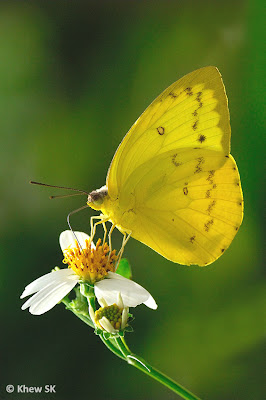 I have just come across your blog and I have to say this:
I am flabbergasted by the quality of your photography and the many butterfly jewel photos you expose here!
I am also in awe with Jonathan's talent as a photographer but especially as an artist.
I know how long it takes to create this kind of meticulous artwork so I can't help wondering how a 13 years old manages to sit still and be that patient in his creativeness!
He deserves praising and success!

Since I am in Europe (and hopefully going to Australia on day soon), I am thinking of showing a couple of his watercolours on my own blog but I will only do so if I get your permission and/or his!
I have linked your blog to mine an will certainly be back to admire more of your work and Jonathan's if you show us more!
In the hope of getting a positive answer,
Cheers!

Thanks for asking Noushka. Please check your email. :)