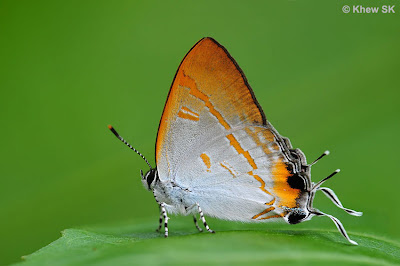 As we breeze past the month of August, we enjoyed memories of two longer weekends with which to spend quality time with our loved ones. These memories remind us about the priorities in our lives.  Singapore celebrated its 47th birthday on the 9th of August with the usual pomp and splendour reserved for the city-state's most important day of the year. 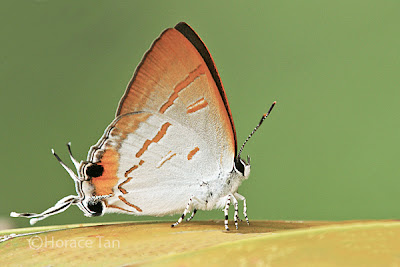 Our Muslim friends also celebrated their "new year", Hari Raya Puasa on the 19th of the month.  These two public holidays afforded Singaporeans two consecutive extended weekends to take advantage of.  ButterflyCircle members also took the opportunity to organise a road trip up to Perak and Fraser's Hill, of course with the sole purpose of photographing our beloved butterflies and spending time with like-minded friends. 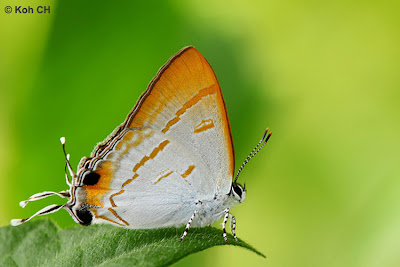 Social media has pervaded all aspects of our lives, and even in the world of butterflies we see the continued emergence of more and more Facebook groups dedicated to butterflies around the globe.  ButterflyCircle is no exception, and we created our Facebook group on Butterflies of Singapore  and the growing membership from butterfly enthusiasts from all over the world is encouraging.  As of today, the membership stands at 380 and counting.  Members contributing from many countries add the colour and depth to the site, showcasing wing jewels from countries from all over the world. 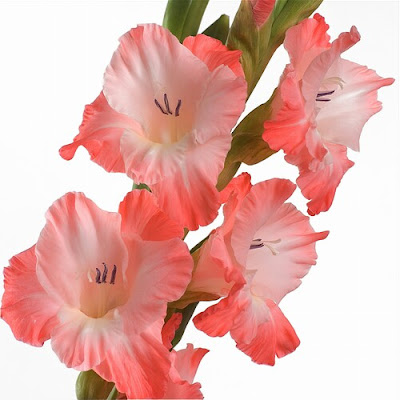 August's flower of the month is usually associated with Gladiolas.  The flower is native to South America, but is popular amongst gardeners in temperate countries like the US and all over Europe.  As a flower, the Gladiolas are one of the most popular flowers you will find planted in gardens because of their beauty, fragrance and the easiness of growing. They can be found in several colors and bicolors, including pink to reddish or light purple with white, contrasting markings, or white to cream or orange to red, and blue 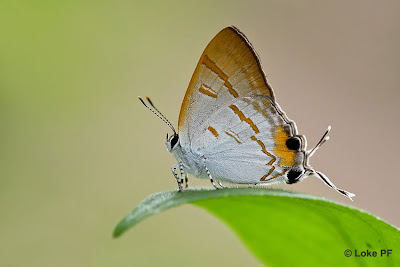 This month, we return to the Lycaenidae family to feature a small but pretty butterfly called the Dark Tit (Hypolycaena thecloides thecloides). The species is moderately rare in Singapore, but can sometimes be locally common with several individuals seen in the same vicinity. It can be found in the forested areas of the nature reserves, but most regularly spotted at the landward edges of mangrove areas on both Singapore island, as well as the offshore islands like Pulau Ubin and Pulau Semakau. 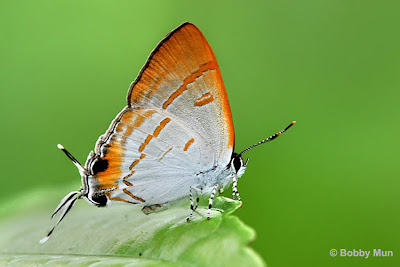 The butterfly is fast-flying and males are occasionally observed "dogfighting" with each other at tremendous speeds.  They typically perch with their wings folded upright, but at certain times of the day, they can also be seen sunbathing with their wings opended flat. 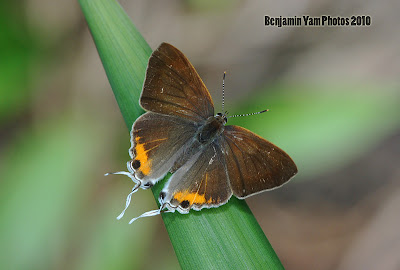 The underside of the Dark Tit is more attractive than the upperside.  Both sexes are whitish grey with  a cell-end bar and a narrow orange post-discal line on both fore- and hindwings.  The forewing apical area, costal margin and termen are shaded in orange.  The hindwing has an orange tornal area and a prominent black spot in space 2. 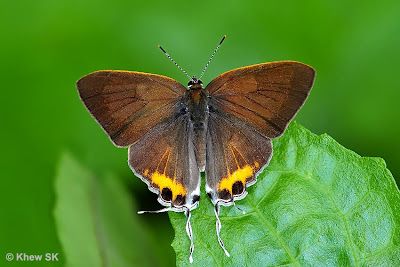 Another equally large black spot is featured on the whitish tornal lobe. A prominent orange bar could be found at the base of space 7 in the hindwing, which instantly distinguishes this species from its lookalike cousin, the Common Tit. There are two white-tippedtails at ends of veins 1b and 2. 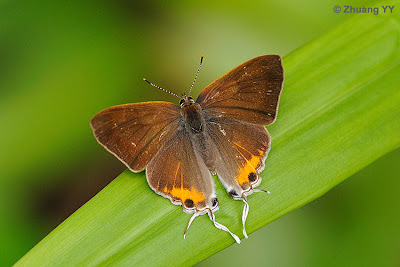 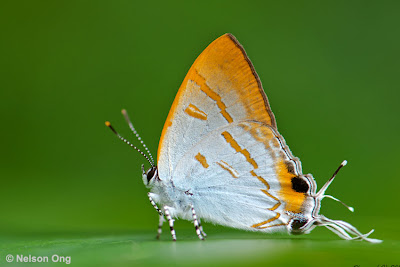 This Lycaenid is remarkable in that its caterpillars feed on a monotyledon, a member of the Flagellariaceae family.  The majority of Lycaenidae caterpillars prefer dicotyledons as their host plants.  The host plant of the Dark Tit, Flagellaria indica, which it shares with some Hesperiids, is a common plant found in many habitats around Singapore. 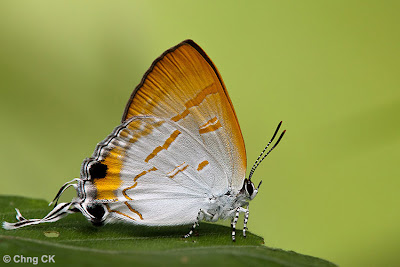 The caterpillars of the Dark Tit feed on the leaf blades and young/immature stems of the host plant, and are attended by several ant species.  The full life history of the Dark Tit has been recorded by Horace Tan and can be found on this blog here. 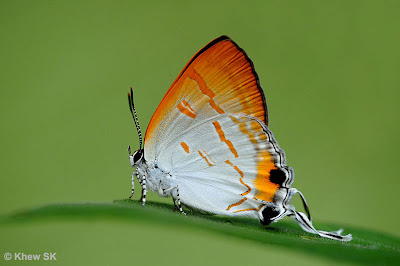 For butterfly watchers in Singapore, do look out for this little beauty when you are next out on your nature walks on Pulau Ubin, Sg Buloh Wetland Reserve or many parts of our forested nature reserves. 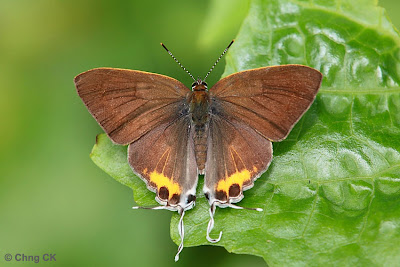