Butterfly of the Month - October 2011 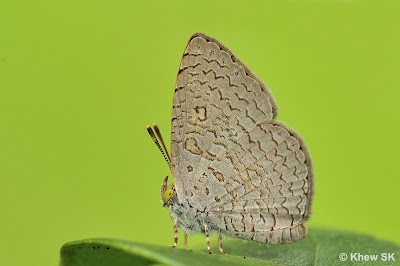 And here we are, halfway into the tenth month of 2011.  October is one of the long months of the year, with 31 days.  China celebrates its National Day, with extended long holidays and celebrations.  The country's development pace has been amazing, over the past two decades, and on its way to becoming an economic powerhouse to rival the traditional leaders of the western nations.  Even as the US and Europe struggle with their domestic financial woes, China and Asia grow from strength to strength. 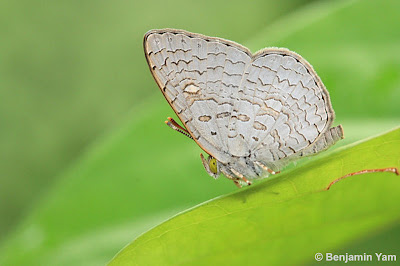 A large part of October also belongs to the Librans - those born under the horoscope of the sign of the scales.  Placed as one of the air signs, Librans tend to be more compatible with those born under Gemini and Aquarius. 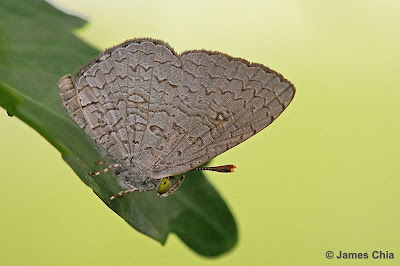 On Oct 5, the world lost a visionary, a tech genius and a pioneer - perhaps one of the foremost— in the field of business, innovation, and product design, and a man who had profoundly changed the face of the modern world - Steve Jobs.  The man who gave us the Mac, Apple, iPod, iPhone and iPad - devices that changed the way people communicated and revolutionalised the IT world and our lifestyle. 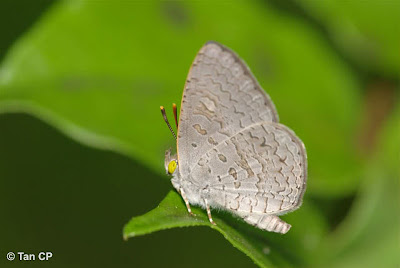 The birthstone for October is the opal.  It is an amorphous form of silica, of which 3% to 21% its total weight is water.  The stone comes in a very wide range of colours, ranging from milky white to blues, greens and reds.  The opal is Australia's national stone, and from where nearly 97% of the world's supply of the stone comes. 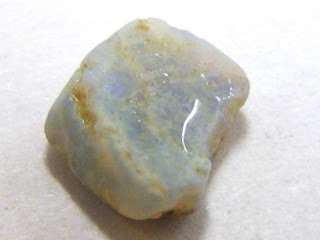 October's child is born for woe,
And life's vicissitudes must know,
But lay an opal on her breast,
And hope will lull those woes to rest.
- Gregorian Birthstone Poems 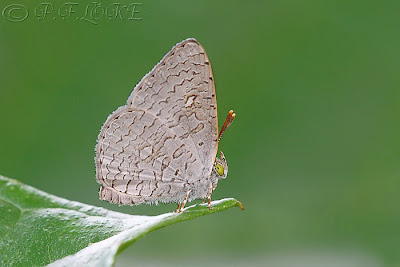 This month, we feature the diminutive Miletinae species, the Apefly (Spalgis epius epius).  This butterfly has a curious name, for the adult of the Apefly bears no simian resemblance whatsoever.  The common English name, however, probably comes from the pupa's resemblance to the face of an ape!  (Can you see the face of an ape in the photo of the pupa below?)

The Apefly belongs to the family Lycaenidae, subfamily Miletinae, which is known by its collective name of the Harvesters.  The caterpillars of this subfamily are 'carnivorous' and feed on a variety of Homoptera like aphids, coccids and mealy bugs.  (See earlier blog article on Mergers, Partnerships & Betrayals) 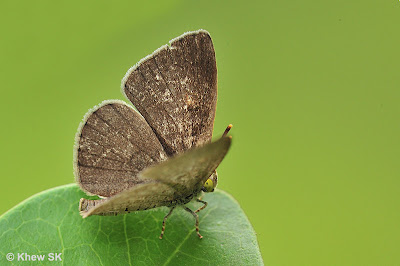 The Apefly has dark brown wings above and unmarked, except for a whitish discal patch, which is larger in the female. The underside is grayish buff, with numbers dark striations with a clearly defined brown-edged white spot at the cell end of the forewing. It has yellow-green eyes and long pointed palpi. Males have more pointed forewings than the females.


It has a stronger flight than many of the other species in the subfamily, and on occasion, persistently returns to a few favoured perches despite being disturbed. 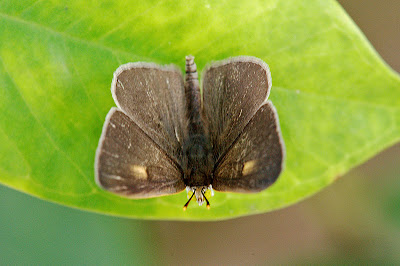 At times, it flies erratically non-stop for long periods of time without stopping, a behaviour that is often observed in the other species of the Miletinae. 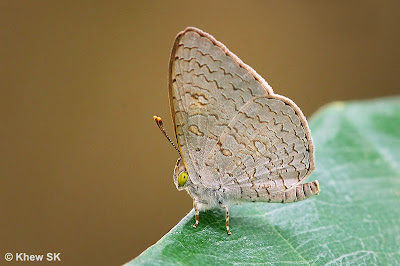 The Apefly has red banded legs, and from field observations, although it has six fully-developed legs to stand on, it often perches with only four legs, preferring to fold up its front legs tightly against its body.  But there are definitely instances when all six legs are extended as it perches. 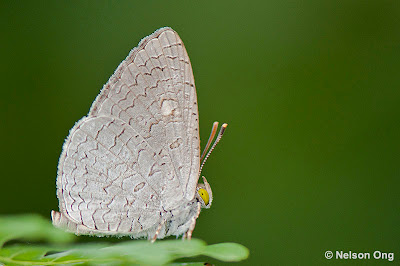 The antennae are short, robust and stubby, with a distinctly strong orange tip at the clubbed end.  The palpi are long and sharp and gives a distinct look to the Apefly. 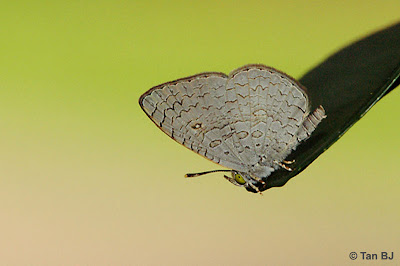 And so, let's enjoy the remainder of the 10th month of 2011 with an interesting read about the diminutive and interesting Apefly, a species that is moderately common in Singapore, and that an observant naturalist is likely to encounter from time to time in the field.

Thanks, Deep! Do come back regularly for updates! :)