What Next, MOG?
The end of the road for Mandai Orchid Garden? 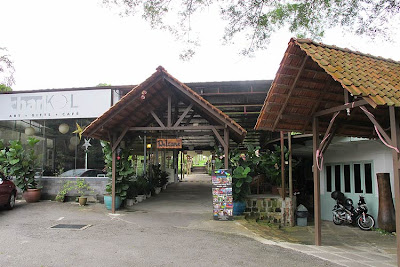 When we read the news that the land lease of the Mandai Orchid Garden (MOG) would end in six months' time, it was with sadness and frustration that yet another venue for nature photography and also a garden that is part of Singapore's heritage and memorable destinations may be gone soon. 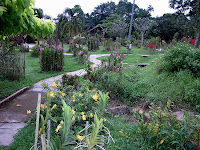 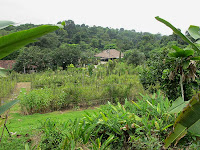 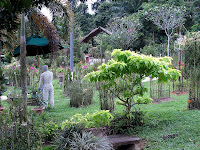 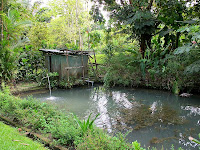 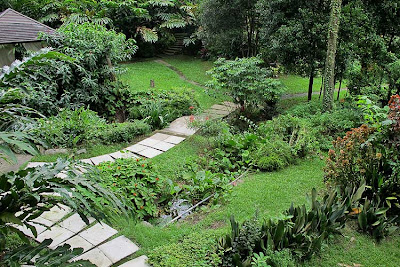 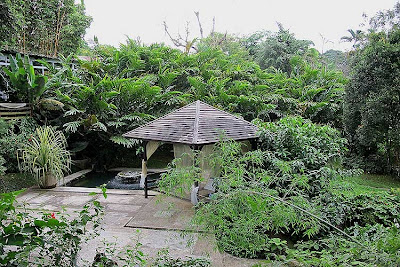 Many orchid-loving Singaporeans visited MOG, which is also a tourist destination, to get their fill of orchids and to learn how to cultivate the difficult species, seeding, propagation, pests, and so on. 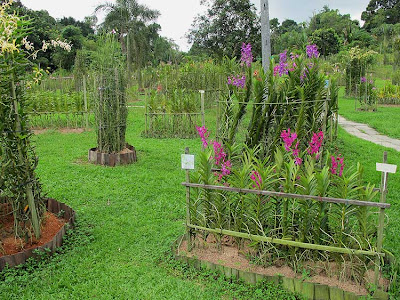 A change in management of MOG occurred in 2002, and facilities like a fine-dining F&B outlet and more feature gardens were added. The MOG currently sits on a 4Ha site along Mandai Lake Road and is adjacent to the Night Safari. 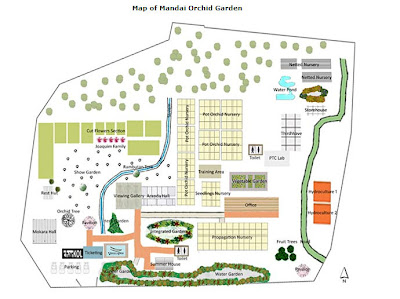 Map of Mandai Orchid Garden, © Mandai Orchid Garden
MOG is a favourite venue for nature photographers as well. It is no secret that many newbie bird photographers cut their teeth at MOG, learning the ropes of bird photography amongst the lush landscaping at the Water Garden. The Crimson Sunbird and Little Spiderhunter are favourites with bird photographers, as these birds love the Torch Ginger flowers and return again and again to feed on them. Over time, these birds seem to have gotten used to the flashes of the nature paparazzi and appear to be much braver than their counterparts seen in other places. There was a time when I was even able to shoot a full-frame shot of a Crimson Sunbird with my 180mm macro lens! There are also other rare resident birds at MOG. 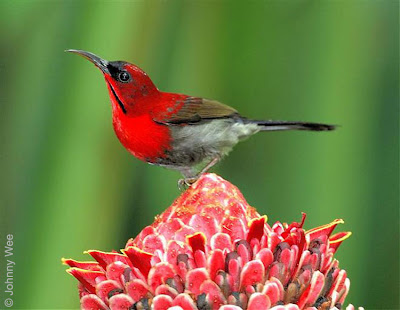 For more bird shots by nature photographers, please see this thread set up at local photography forum ClubSnap started to create awareness about the fate of MOG. 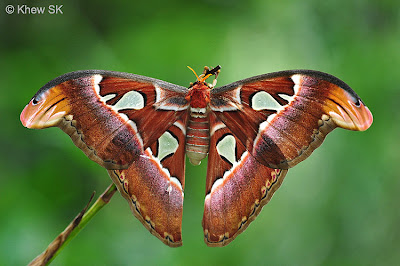 Macro photographers and particularly butterfly photographers will also sorely miss MOG if it were gone. There are also many dragonfly species at the Water Garden, as there are species of butterflies that are not often found elsewhere in Singapore. 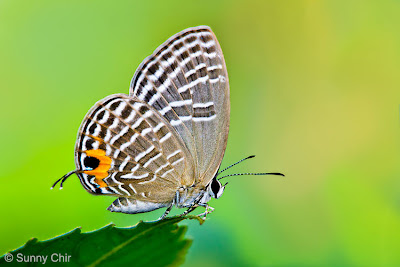 The Metallic Caerulean found at MOG, where a small but local colony of this butterfly can be found
Of special mention is the recently re-discovered Metallic Caerulean (Jamides alecto ageladas). The caterpillars of this species depend on the flowers of the Torch Ginger. The life history, as recorded by ButterflyCircle early stages expert, Horace Tan, can be found here on this blog. Although clusters of the Torch Ginger plants can be found elsewhere in Singapore, the special habitat at MOG somehow makes them stay for all these years. 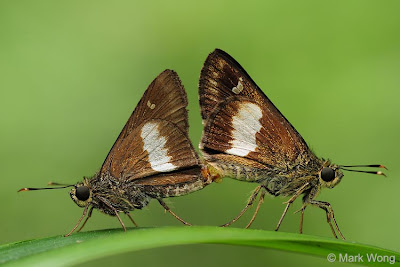 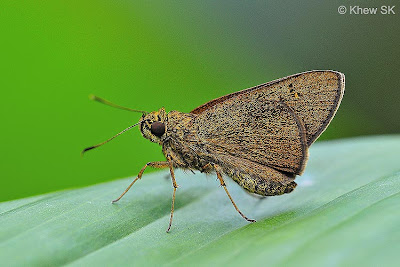 Two rare skippers found at MOG - Top : Dark Banded Ace (Halpe ormenes vilasina) and Bottom : Pugnacious Lancer (Permara pugnans)
Also, because of the various bamboo species and the proximity to the Night Safari's rather pristine rain forest habitat, many rare Hesperiidae can also be found on the grounds of MOG. Once in a while many rare Lycaenidae can also be observed. Indeed, it was near MOG (just outside its boundaries) where Steven Neo our ButterflyCircle veteran, first discovered the Chocolate Sailor (Neptis harita harita) in the early 1990's. This species is a new taxon to the Singapore checklist at that point in time. 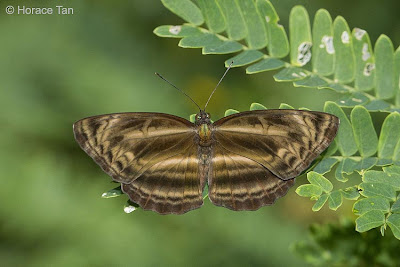 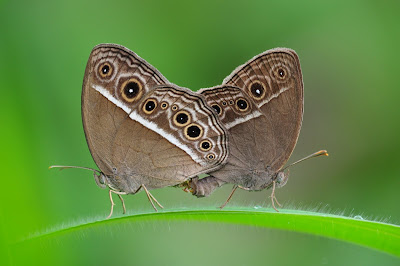 The rare Chocolate Sailor, Palm King and Bamboo Tree Brown are species that can be found at MOG. Bottom shot : A mating pair of the Dark Brand Bush Brown
ButterflyCircle is already working with the NParks' National Biodiversity Centre to start translocation efforts for the butterfly species for which their caterpillar host plants are known. 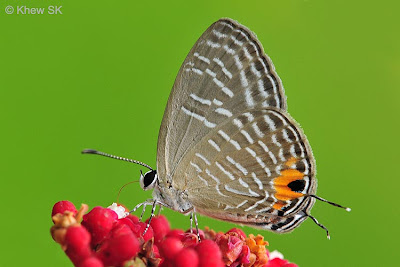 Habitat duplication is being attempted at undisclosed locations to start the process, whilst consideration is being given on the techniques of translocating species like the Metallic Caerulean before the imminent destruction of its favoured habitats give way to the developers' exacavators and cranes. 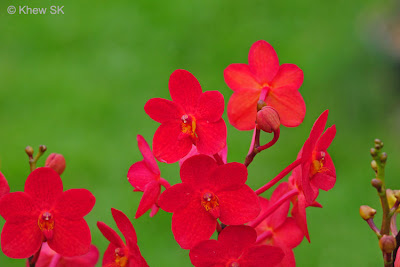 To the ordinary Singaporean, MOG is all about orchids. The nature loving and nature photography communities have added another dimension (and value) to MOG that is not often known or appreciated by most. The rich biodiversity at MOG cannot be ignored, and once habitats are destroyed, the birds, dragonflies, butterflies and other taxonomic groups of animals may not return again. 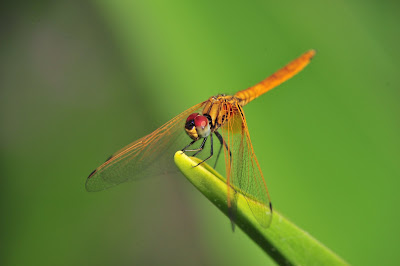 Even if the Water Garden at MOG can be preserved as development of a "potential gated nature attraction" proceeds, a careful study of the phasing and the impact to biodiversity has to be done before work starts. Whilst there are no delusions that Singapore's infrastructural development and improvements will carry on, with or without damage to the biodiversity, consideration for our natural heritage and their sustainability should be given their appropriate place in any future development of a "nature attraction". It is hoped that the Singapore Tourism Board, the Singapore Land Authority, Urban Redevelopment Authority and the future tenants of the 30Ha site will give due consideration and attention to the biodiversity that is already found at the site, and not destroy what we have, in the name of progress. 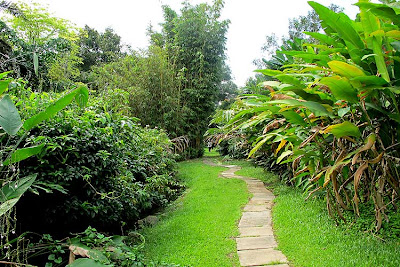 So whilst the nature community waits with bated breath for the decision on the fate of MOG, here are photographs of the site, and a sample of the butterfly diversity that can be found at the site for all to enjoy. For it may be the last time that we may see some of these species of our winged jewels in Singapore. 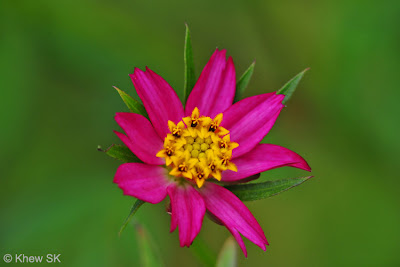 I've newly discovered the butterfly hobby, but sites like yours make it easy to learn.

Thanks for visiting us, Brian and your kind comments. There's always a lot to learn from each other across the globe!

Is the MOG really going to be gone soon? This is so so sad! :(

We certainly hope not. The fate is still undecided and MOG is waiting for the authorities to give their final decision soon.