Tigers and the Belimbing 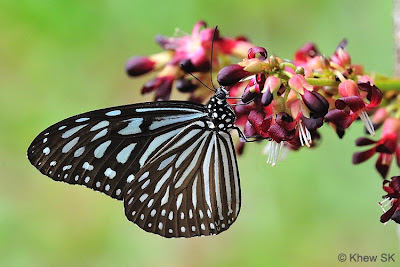 It was a hot and windy day, and the searing heat seemed to chase even the most robust of butterflies into hiding. However, at a remote corner of the wetland reserve, was a clump of trees that provided much-needed sustenance to more than a dozen Blue and Dark Glassy Tigers. 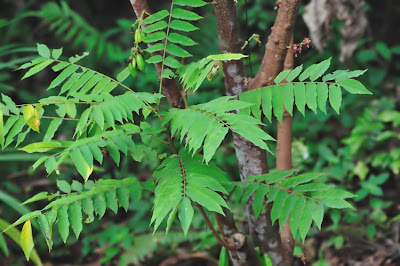 The typical long bi-pinnate leaf arrangement of the Belimbing tree

The trees were flowering from the trunks, as is the normal case for this species of Camias (Averrhoa bilimbi) or the Belimbing as the locals call it. The Belimbing fruit is well-known for its sour and adicic taste. The species is a close relative of the Starfruit (Averrhoa carambola) another well loved fruit in South East Asia. 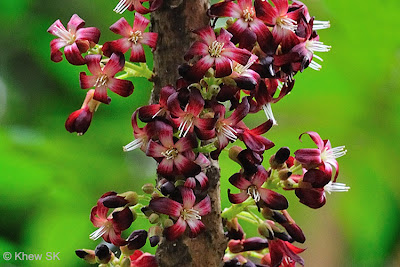 The attractive flowers of the Belimbing

The tree is native to Malaysia and Indonesia. The Belimbing is well known for its green 'papaya-shaped' fruits that grow to about 10cm long. Most of the time, the Belimbing is dropped into dishes that call for a tangy or sour taste, such as sambals, pickles and chutnies, and is a regular addition to Peranakan cuisine and many local Malaysian dishes. The juice of the fruit has many medicinal uses as well. 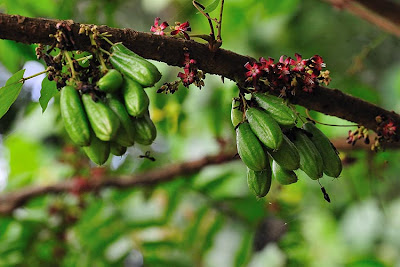 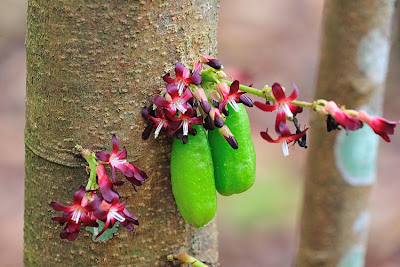 The Belimbing trees at SBWR have always been at this location, but this is probably the first time that I've encountered them flowering and fruiting in profusion. Lucky for the butterflies too, as the Blue and Dark Glassy Tigers seemed to be in season this period, and I stopped counting them during the walk after reaching a total of 30. 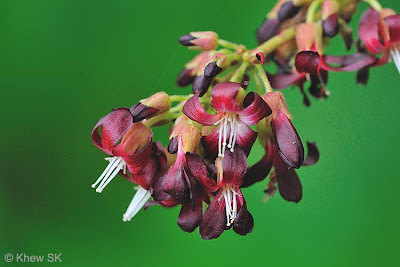 The red-purple flowers of the Belimbing are pretty and attractive in their own right. Unlike their sour fruits, I'm quite sure the nectar is sweet, as the butterflies were scrambling over each other, going for the fresher flowers on the tree. 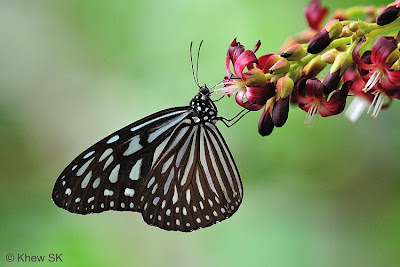 Besides the dominance of the Glassy Tigers, other species that were also spotted around the tree that also stopped for a taste of the nectar were the Common Grass Yellow, a King Crow and an unidentified Arhopala which scooted off quickly as I approached it. 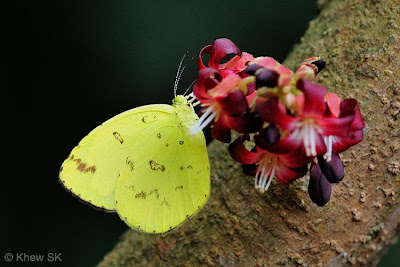 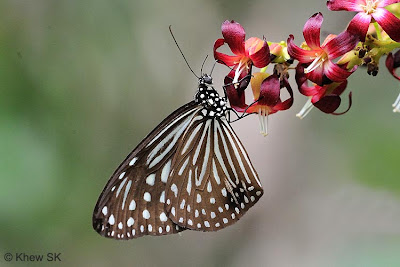 The structure of the flower is such that the stamens and pistil extend outwards and I observed that as the butterflies' proboscis reached deep into the flower for nectar, the body and legs of the butterflies were doing their work in pollinating the flower. 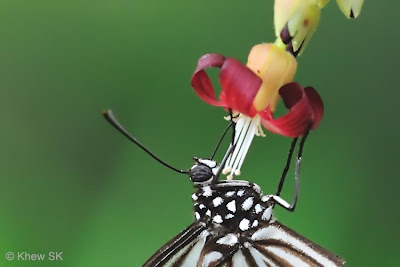 Pollinating the flower whilst feeding on nectar

From the photography viewpoint, shooting the rather drab-coloured 'tigers' complemented with the strongly coloured flowers of the Belimbing added a nicer dimension to the otherwise boring butterfly in terms of colour balance and composition. 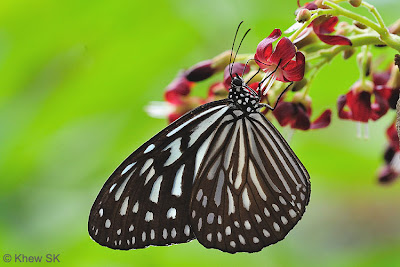 Posted by Commander at 5:21 PM