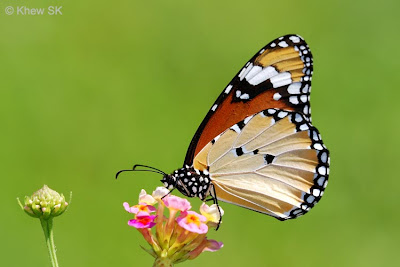 As most of us would know, butterflies are pretty, and virtually harmless insects. They have no primary defense weaponry, like bees, wasps, beetles and so on. They have no biting parts, nor possess any stings, claws, spikes, thorns or the like where they can hurt a would-be predator or attacker. 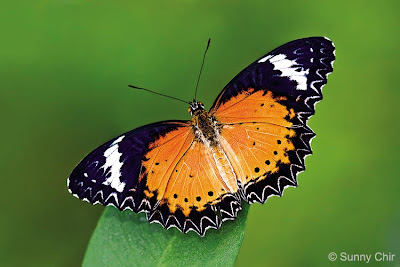 A Leopard Lacewing displays aposematic colours to warn predators that it is distasteful
How then, do butterflies survive the constant dangers and threats to their peaceful existence? As we have seen in this earlier blog article, butterflies' daily lives are fraught with danger, and indeed, a probably high proportion of adult butterflies form part of the daily diets of various predators and organisms in the animal world, like spiders, mantises, birds, wasps and so on. 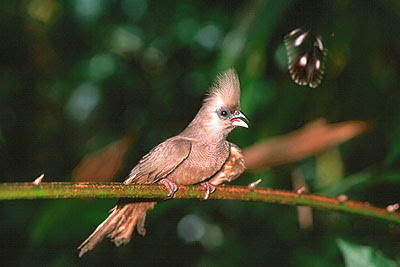 In this blog article, we take a look at the various strategies employed by adult butterflies to even the odds of surviving the web of life, and improving their chances of living their lives to the fullest extent of their life-span (which is, on average, 2-3 weeks for most species, some more, some less). 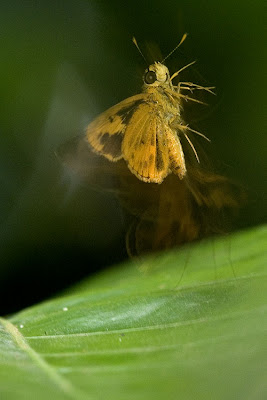 A skipper takes off in a flash if disturbed, using its speed as a primary defence to escape would-be predators

The first, and most fundamental defence mechanism that most butterflies have, would be speed. Coupled with their alertness, and enhanced sensitivity to movement, the majority of butterflies use 'fright' and 'flight' as their main means of escaping predators' attacks. As they have no 'fight', all that they can do, is to fly for their lives. Indeed, many a butterfly collector will have stories of the "ones that got away" - where butterflies that they have encountered, made that last-minute change in direction to frustrate collector and evade his net. 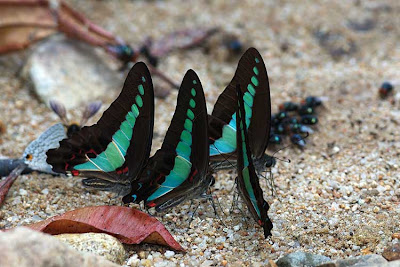 A group of Common Bluebottles (Graphium sarpedon luctatius) puddling together. Under normal circumstances, this butterfly is a fast and erratic flyer and is difficult for predators to capture it 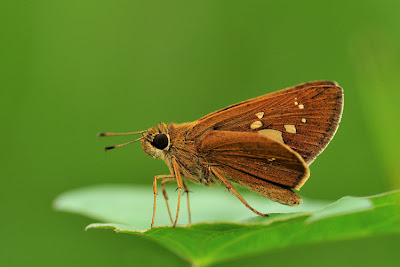 Many species, like the Graphiums in the Papilionidae family, are exceedingly efficient at flying at extreme speeds and also with their erratic flight pattern, they would probably be a very difficult prey to pursue. Others like the Nymphalidae are skittish and very alert to movements within their Circle of Fear. The Pieridae often fly rapidly and restlessly, making them moving targets that are not easy to hunt down. And not forgetting the Skippers - the Speedsters of the Butterfly World with their rapid and darting flight. 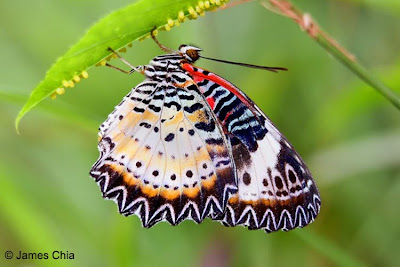 However, the advantages of speed and alertness are somewhat diminished when the butterfly has to feed, mate, rest or oviposit. So how do they overcome the dangers of being eaten, when they are distracted by these necessary daily activities? 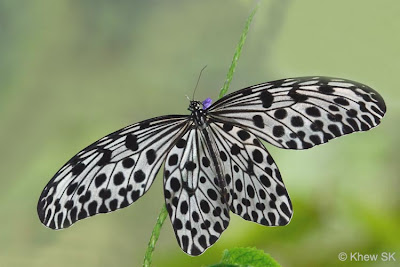 For some genera in various families, they are endowed with 'biological warfare'. In my recent article, on aposematism - the phenomenon of warning colouration in butterflies has been studied by none other than the famous Alfred Russell Wallace. Some species have been able to evolve by natural selection and evolution, to synthesise the chemicals in the plants that their caterpillars feed on and to present a distasteful and impalatable adult butterfly as a primary defense against predation. However, in the field, this phenomenon can work only with the sacrifice of a percentage of the individuals of the species - i.e. the predators have to first "learn" that the species is distasteful, or gives it a stomach ache if consumed. Then it knows well enough to avoid this species (or anything that looks like it) in future. 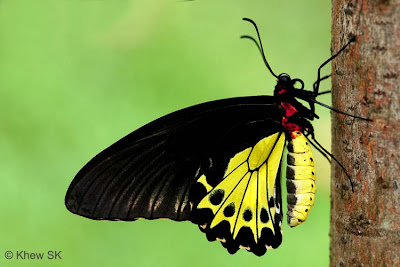 The high contrast aposematic colouration of black and yellow warns predators of its unpalatability
How then would the other species that are less fortunate in that they have no natural protection from predators? What strategies do they employ to ensure that they survive long enough to feed, find a mate, procreate so that the species avoids extinction?
Mimicry
The first strategy that butterflies employ is that of mimicry. The theory of mimicry was first explained by Henry Walter Bates in 1862, whereby he discussed the resemblance between insect prey that are defended by virtue of being "unpalatable" and those which lack such a defense. Batesian mimicry is therefore a form of deceptive mimicry because "palatable" prey deceive predators by their resemblance to undesirable species. 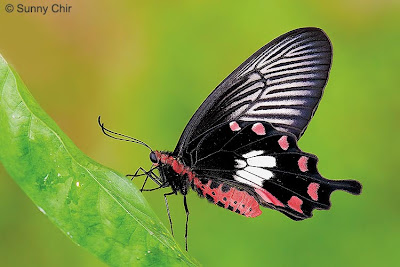 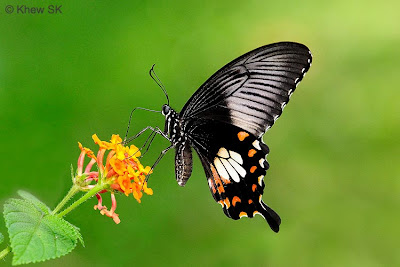 Wallace also explained the phenomenon of "sex-limited mimicry" where the mimetic resemblance could be limited to the female sex of the species. He continued to explain, with particular reference to the female of the Common Mormon (Papilio polytes) that "the female needs to survive for longer for oviposition.

Mallet and Joron (1999) argue that, for example, females may need to engage in mimicry because selection of oviposition sites requires slow flight, and one way to be protected while flying slowly is to copy the colour patterns of typically slow-flying and chemically defended aposematic species. 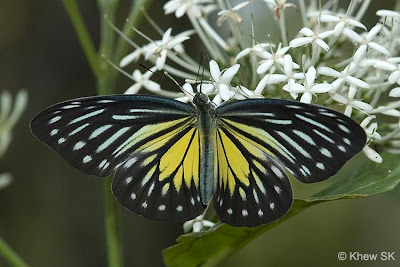 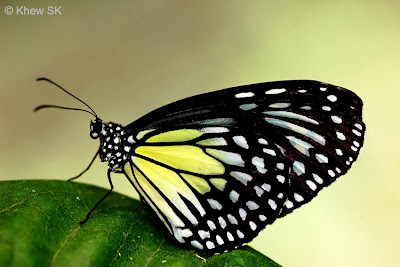 Batesian mimicry in which the mimic not only looks like the model, but also behaves like it, was easy to grasp and accepted by the scientific community during Wallace's era. It was easy to explain that this disguise increases the chances of the mimic being mistaken for the distasteful model which then gives it some “immunity” as it is avoided by its predators.

However, the explanation for mimicry between defended (or "unpalatable") species proved slightly more elusive until 1878, when Fritz Muller published an explanation for this form of mimicry. Muller elaborated that this form of mimicry originates from a strategy that has evolved among butterflies (and moths) is for all members of a group to resemble each other and also be unpalatable. This approach spreads the chances of any one butterfly (or moth) being eaten over a larger number of species, and over a larger number individuals within a species. When a bird catches any one of these individuals, it quickly learns to keep away from all the species within the group. This type of mimicry is now referred to as Mullerian mimicry.
To even the odds of survival, butterflies have, by natural selection and evolution, adapted to mimic other butterflies that are distasteful to predators, with the hope of protecting themselves from attack.

In Part 2 of the Survival Strategies of Butterflies, we will see how butterflies employ crypsis - masquerate and camouflage to avoid being seen by predators as part of their way of keeping alive when going about their daily activities.
Text by Khew SK ; Photos by James Chia, Sunny Chir, Leslie Day, Khew SK and Tan BJ
Posted by Commander at 8:00 PM