Observation Notes on the variability of the female Jacintha Eggfly

Observation Notes on the variability of the female Jacintha Eggfly 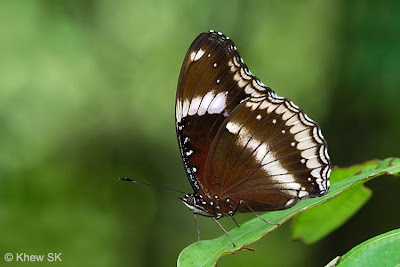 The Great Eggfly (Hypolimnas bolina) has a number of subspecies according to various sources. A quick online research shows about seven subspecies. Thus far, only two of these subspecies occur in Singapore - ssp bolina and ssp jacintha. 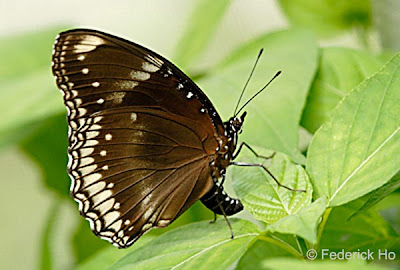 Whilst subspecies bolina is of particular interest because of its polymorphism of which the individual specimens are highly variable, and at least four principal forms are recorded, which are connected by intermediates. It is so highly variable, that C&P4 records that "it is difficult to find two exactly matching examples"! 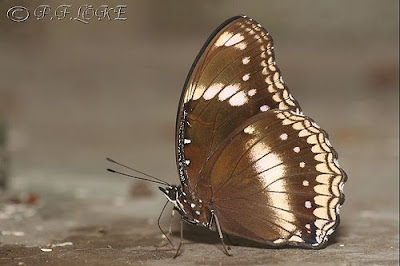 Leaving subspecies bolina aside for the moment, this article focuses on the subspecies jacintha or what ButterflyCircle members refer to as the Jacintha Eggfly. It is interesting to note that C&P4 and Fleming, who both published books spanning the last century, records ssp jacintha as "increasingly rare" towards the end of the 19th century, and then almost disappearing altogether. In fact, Fleming's book lists ssp jacintha as "very rare". However, in the 1970's this subspecies began to re-establish itself in the Malay Peninsula "where it interbreeds with ssp bolina giving rise to adults showing a wide degree of intergradation, so that it is often not possible to assign specimens to one subspecies or the other". 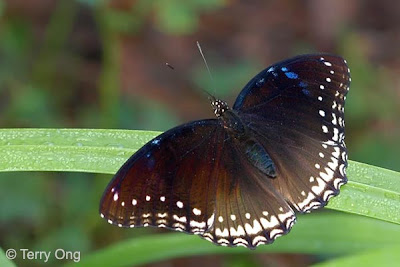 Observations made in the late 90's to the early part of the 21st century in Singapore indicate that the ssp bolina is again on the decline, and now being replaced by the more common ssp jacintha. The more distinctive females of ssp bolina with its typical orange forewing patch is now rare, and more often seen only on Pulau Ubin than anywhere else in Singapore, where it was previously common. The ssp jacintha is the more commonly occuring subspecies today. 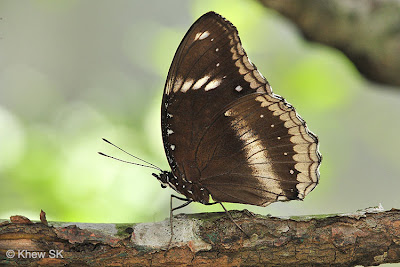 A Jacintha Eggfly perches on a branch. Note the broad submarginal markings on the hindwing

From contemporary literature, various authors have recorded the female ssp jacintha as having only two forms. These are female f-jacintha and f-incommoda. 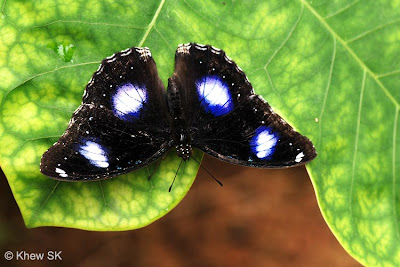 A typical male Jacintha Eggfly. The males are almost indistinguishable from the males of the subspecies bolina males

Males are rather similar to the ssp bolina and often indistinguishable. The typical female f-jacintha is apparently the rarer of the two forms, where the female is almost totally brownish grey on the uppersides with the usual white spots on both wings. The f-incommoda with varying blue patches on the forewings and hindwings and light blue subapical spots on the forewings, is more common. Even so, this form is very variable, with the extent of the blue patches varying from very little to significant. 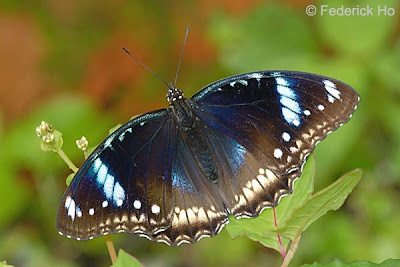 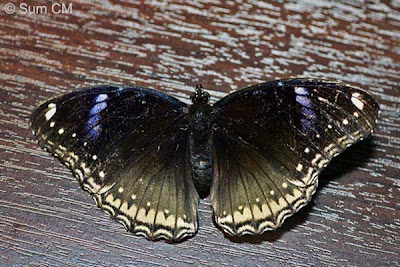 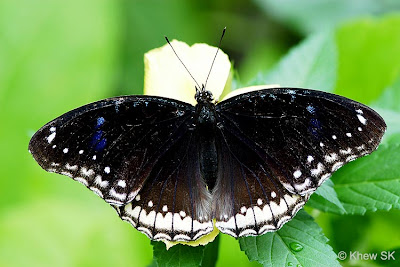 A series of female Jacintha Eggfly, showing the variation in the blue markings on the forewings above as well as the subapical blue spots on the forewing. In the first specimen, the blue patches extend to the hindwings as well.

Of late, another possible form has emerged. This is a female with predominantly brown wings above, with the typical white spots of f-incommoda but with reduced blue tinge on the forewing costal margin. But of note would be the significant large white patches on the hindwing above. This "form" has not been previously observed in Singapore, although this site shows some similar individuals which could suggest that this "form" exists elsewhere in Asia. First seen in at least 3 females bred in captivity, a free-ranging female of this "form" was eventually photographed by ButterflyCircle member Federick Ho in a patch of wasteland to the north-east of Singapore island - suggesting that this "form" may occur in the wild as well. 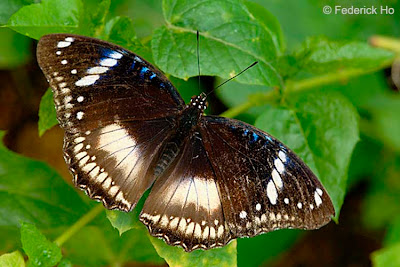 Shots of the previously unrecorded form of the female Jacintha Eggfly. Note the extensive white patch on the hindwing, which is absent in the two known female forms of the Jacintha Eggfly in Malaysia and Singapore.

In late 2009, I managed to capture a voucher specimen of this new "form" at a site in Punggol, which has been, unfortunately cleared for redevelopment now. The female was found in the vicinity of its host plant Asystasia gangetica a common roadside weed. 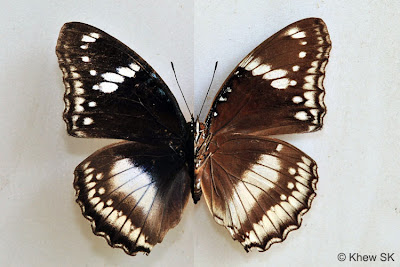 A wild-captured voucher specimen of the new form of the Jacintha Eggfly, showing upperside (left half) and underside (right half) of the wings

It will be necessary to document the occurrence of possible new forms of this subspecies of the Eggfly, and indeed, if possible to conduct further breeding observations to see if the ssp bolina and ssp jacintha are two subspecies of the Great Eggfly or just a single subspecies with many different forms!

Until then, if you have photos of the Jacintha Eggfly, particularly showing the uppersides of the female butterfly, please send them to ButterflyCircle at hexaglider@yahoo.com for records.

Posted by Commander at 2:45 PM

I have a photo of the Jacintha Eggfly who visited my garden recently. If you wish, I can email the original photo without any watermarks. The link: