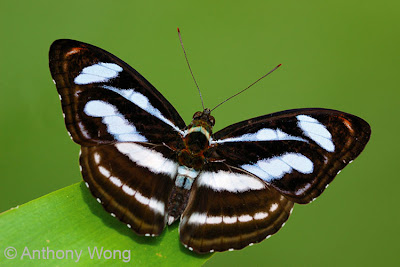 The month of May is often the peak of the butterfly season, and many species that are seldom seen are out and about. We have always wondered where these butterflies go when they are 'off season'. It's one of the mysteries that Mother Nature keeps close to her chest, no doubt, and we'll continue to spend year after year wondering... 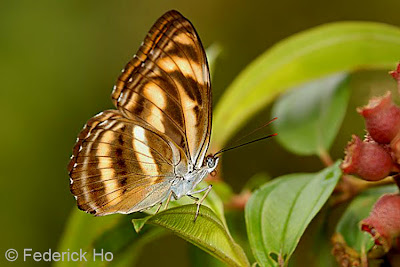 This month, we feature a species of the Nymphalidae, the Colour Sergeant. The species, belonging to the genus Athyma, are robust fliers, with their strong rapid wing flaps, and gliding flight, and very often perched on the tops of leaves, just frustratingly out of reach of the photographers' lenses. The English common name Sergeant was probably coined for the striped appearance of most of the species in the genus, albeit some have the appearance of three stripes, whilst others don't. 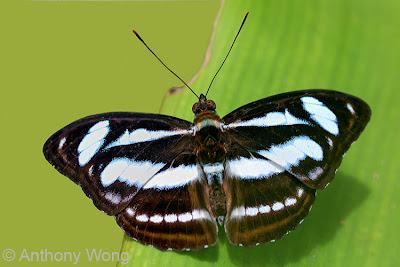 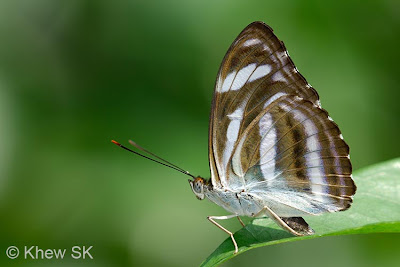 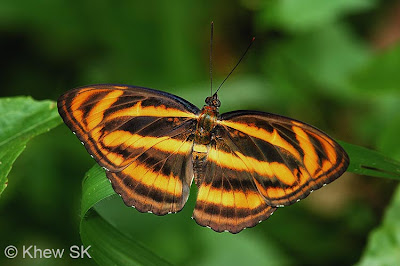 The female Colour Sergeant occurs in two distinct forms and both are quite different in appearance from the male. In the female form-neftina, the wings are marked with broad orange-brown stripes arranged in the usual horizontal striped manner, consistent with the species. Form-neftina is by far the commoner of the two female forms and is as often encountered as the males of the species. A favourite food source of the species is the sugary ripened fruits of the Singapore Rhododendron (Melastoma malabathricum). 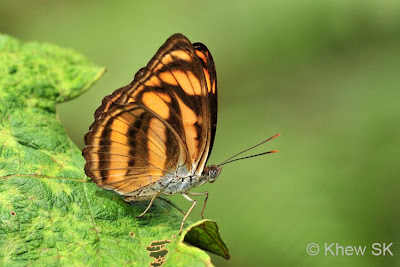 The female form-subrata is a dark dull chocolate brown with narrower and diffuse brown markings. This female form is rare, and from our rough field sighting statistics, the orange female form probably outnumber the brown form by at least 20:1. It would be interesting to find out from breeding experiments what the ratios actually are. The flight and general behaviour of both female forms are not indifferent from each other, and the butterflies are usually alert and skittish, taking off in rapid fashion the moment they sense danger approaching. 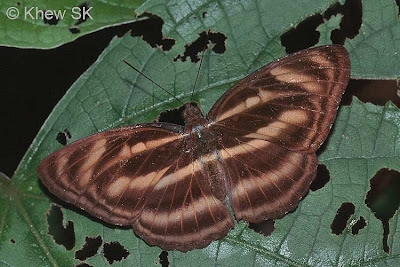 The Colour Sergeant is moderately common, and is found with regularity in urban parks and gardens as well as in the fringe forested areas of Singapore's nature reserves. The caterpillars of this species have been bred on two species of Glochidion in Singapore - G. borneensis and G. brunneum. Another host plant with large hairy leaves, hitherto unidentified, has also been observed as a host plant. 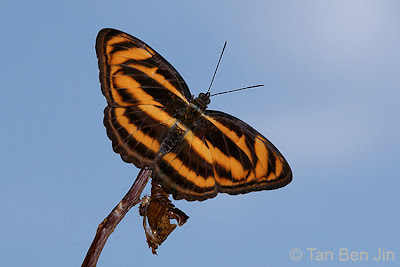 The Colour Sergeant is the commonest of the four species of the genus Athyma found in Singapore, and the only species that has 'coloured' females, as all the other species are typically black and white.

Posted by Commander at 8:00 PM