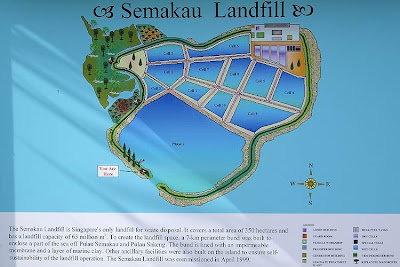 ButterflyCircle was invited to participate in the biodiversity survey of Pulau Semakau as part of the Semakau Book Project, an initiative of the National Environment Agency. The book project is expected to document the various flora and fauna that exists and thrive on the 350Ha landfill for waste disposal.

On 20 Dec 2008, a group of ButterflyCircle members, together with 2 NParks staff and our energizer-bunny nature expert, Ria Tan, met at the West Coast Ferry Terminal for the boat to take us to Pulau Semakau. After a quick security check, we boarded the boat, and were on our way to Singapore's only landfill for waste disposal. The boat was fast, and we were told that a larger ferry would normally take slightly more than half an hour to reach Pulau Semakau. But our fast boat delivered us to the Semakau Jetty in 20 mins flat!

Filling up forms on the boat, and arrival at Semakau!

Upon arrival, we were briefed by Ria on the island and the friendly NEA staff was on hand to further tell us all about the operations of the facility. The group was also fortunate to have the bus on hand, and we were shown around the island from the comfort of an airconditioned bus. The landfill capacity was 63 million m3 and is expected to meet Singapore's need for landfill space beyond the year 2045. 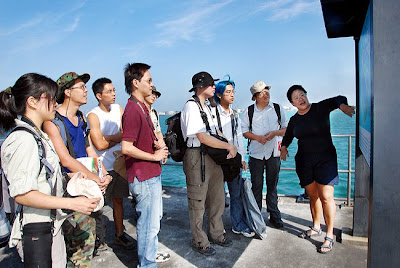 Ria briefing the group on where we would be going, and what to expect on the island 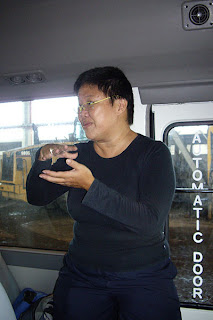 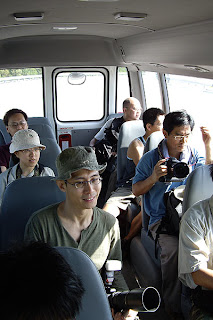 More interesting anecdotes by Ria, and ButterflyCircle members' guns out and ready to go!

At the southernmost tip of the landfill, we stopped at a weather monitoring station and had a group photo taken to commemorate ButterflyCircle's first trip to Pulau Semakau. It was a hot, sunny and windy day! 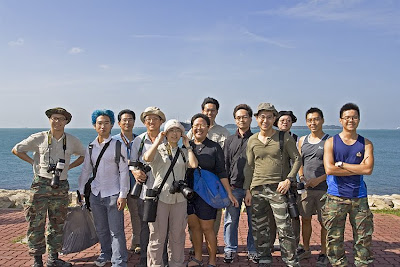 It was extremely windy, and we were surprised to encounter a few Blue Pansys, Lesser Grass Blues and Palm Darts.. It was a pleasant surprise to see butterflies on this little island, as I did not expect to see any butterflies on this little island so far south from Singapore. How did these butterflies end up here? Perhaps with the plants that were delivered to the island? We may never know for sure. But the Palm Darts which were zipping around, kept returning to the coconut palms, suggesting that this may be their host plant. 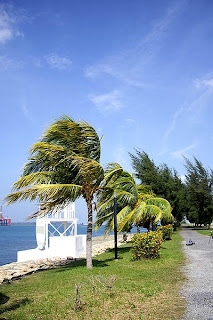 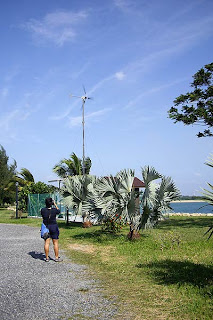 The wind was blowing strongly! Shooting each other... but where's the butt??

After we were dropped off at the western part of the island where there was a patch of mangrove swamp, and vegetation, presumably from the original Pulau Semakau, before the rock bund was constructed to combine Semakau and Pulau Sakeng to form the current landfill island. 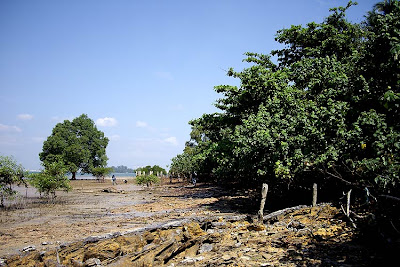 Over on the coastal side, there were two main habitats - the coastal mangrove environment, and shaded forested mangrove areas. Across from this patch of forest, were the landfill cells - one of which had been filled, and grasses and vegetation had begun to re-generate in this cell. This formed the third habitat, one of open grassland and secondary growth. 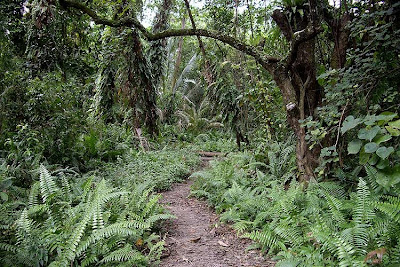 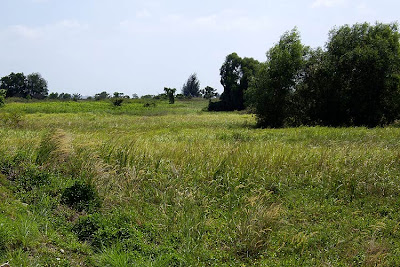 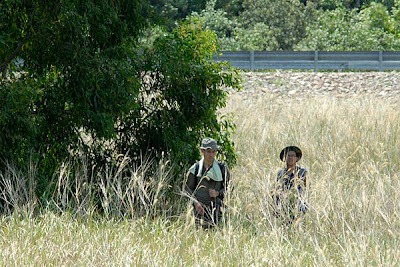 ButterflyCircle members then proceeded to cover the small area to look for butterflies. Surprisingly, at the end of the trip, we counted no less than 18 species of butterflies! This had far exceeded our expectations of the butterfly fauna of this island. Of particular interest, was the discovery of the Two Spotted Line Blue (Nacaduba biocellata) here! This species was a recent discovery in Singapore and reported in the Blog here, where the species, a common butterfly in Australia, was first found in Singapore. How it came to be on Semakau is a very interesting mystery. There may be more species than our very short survey had observed, and a second survey is on the cards soon. 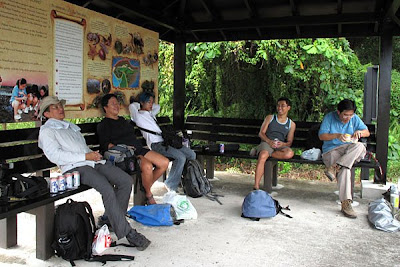 Checklist of Butterflies Observed at Pulau Semakau on 20 Dec 2008. 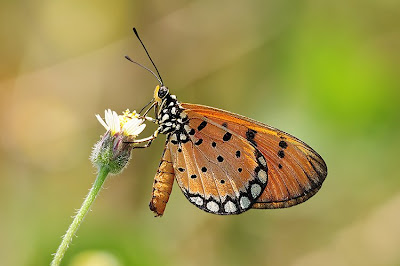 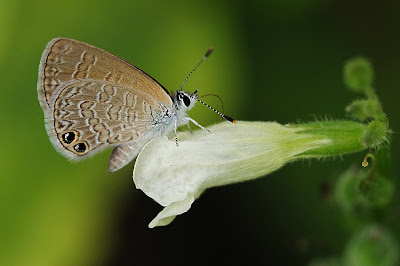 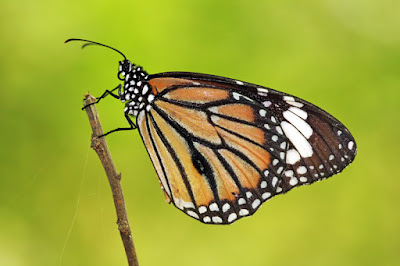