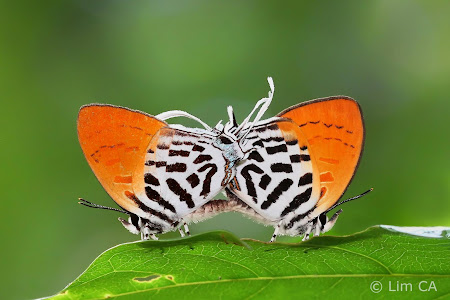 
Recently, the Gardens Bulletin Vol 71 (Supplement 1) was launched. This special issue features the Comprehensive Biodiversity Survey of Bukit Timah Nature Reserve - a survey that spanned over two years. The section on butterflies, titled "Butterflies of the Bukit Timah Nature Reserve, Singapore, and its vicinity" covered five transects featuring various habitats. In my discussion, I made reference to the usefulness of green buffer parks to BTNR and how these buffer parks play an important role in sustaining butterfly populations through judicious planting of nectaring sources for butterflies. 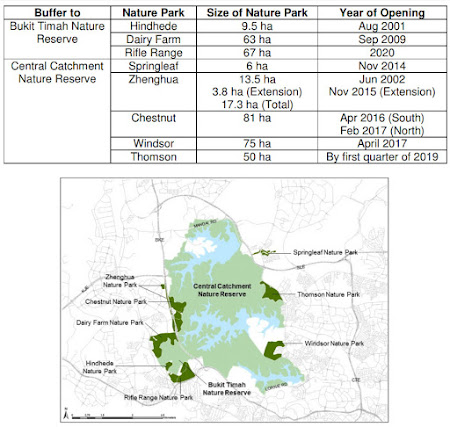 A total of 8 nature parks designated as "green buffers" to our nature reserves, will be developed over the years © NPARKS

Since 2001, the National Parks Board of Singapore has been introducing these nature parks as "green buffers" to help to reduce visitorship pressure on the nature reserves by providing interesting alternative venues for the public to enjoy nature-related activities. The development of these nature parks is part of a holistic approach to strengthen the conservation of the biodiversity in Singapore’s nature reserves. 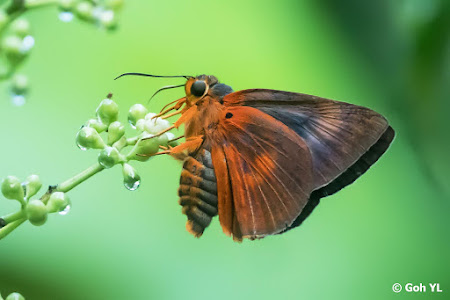 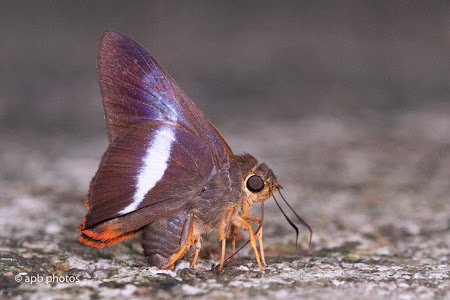 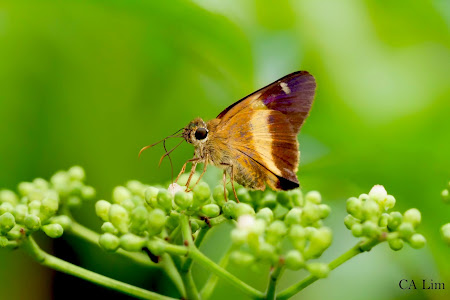 By providing visitors with alternatives to the Bukit Timah Nature Reserve, these nature parks will help to alleviate issues such as soil compacting, littering, pollution and noise levels at the reserves. At the same time, nature parks serve as physical buffers against urban development for the nature reserves. NParks aspires to "boost the diversity of plants in the nature parks and create a landscape akin to a mature rainforest." 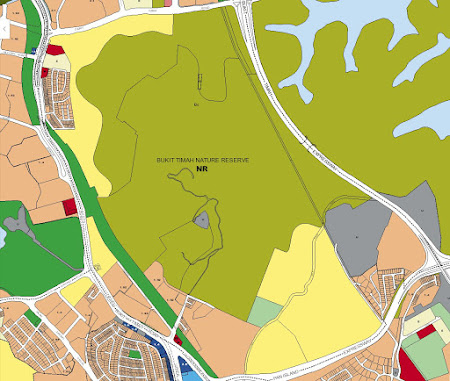 Around BTNR, the nature parks that buffer the nature reserves are Dairy Farm Nature Park (also includes the Singapore Quarry area), Hindhede Nature Park and the future Rifle Range Nature Park. Some of the areas covered by these buffer parks are designated as interim use until such time when the land is required for development. In the recent Draft Master Plan 2019, the areas covered by Nature Reserves, Nature Parks, Utilities and Reserve Sites are clearly demarcated. 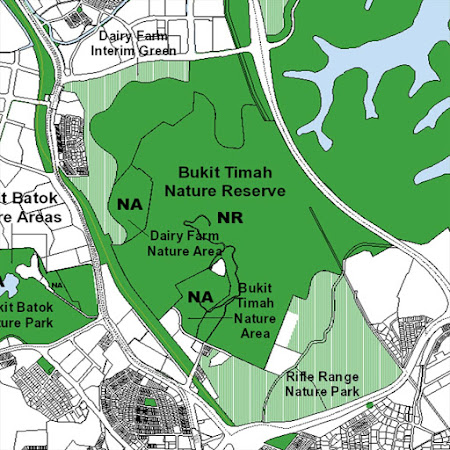 Although BTNR is a gazetted Nature Reserve, the buffer parks have not been granted such a protected status as yet. However, the benefits of such buffer areas to the nature reserves cannot be understated. Both the Dairy Farm Nature Park and Rifle Range Nature Park are areas of amazing butterfly diversity. During the survey of BTNR, evidence showed that these buffer parks had more butterfly species sighted than within BTNR itself. 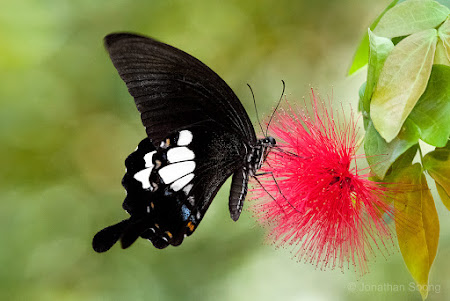 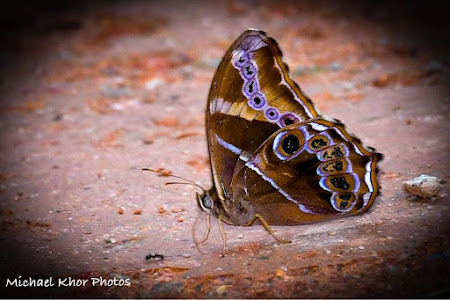 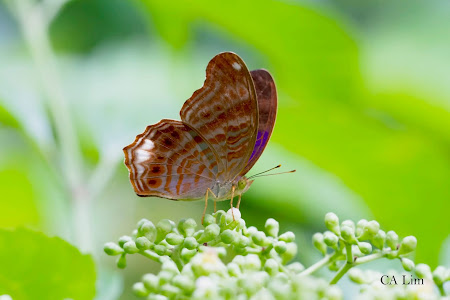 So how effective are these green buffer parks?  In just the past year, after Dairy Farm was "renovated" and the vegetation judiciously managed and native plant species cultivated along the trails and forest edges (in particular nectaring plants), many rare forest-dependent species have been sighted. These species would not have been so easily encountered within BTNR itself if not for the appropriate butterfly-attracting vegetation planted at the adjacent buffer parks along the forest edges and trails. 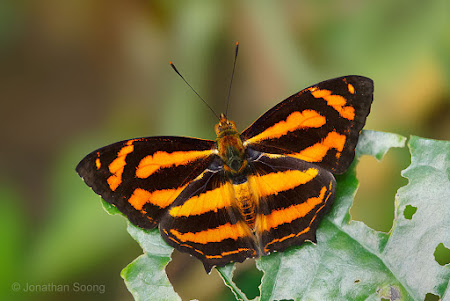 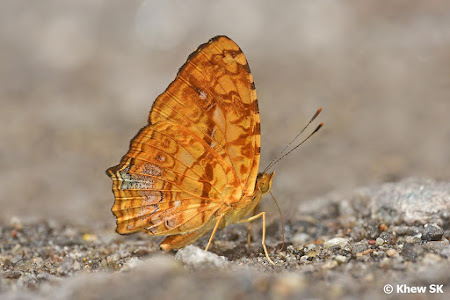 One species, the Malayan Jester (Symbrenthia hippoclus selangorana), once very rare, with only a couple of sightings when it was first recorded in Feb 2012 as a new discovery for Singapore, has become a "resident" species at Dairy Farm Nature Park. This species frequents the main trail at DFNP and at times, several individuals have been observed. From the frequency of sightings in 2018/2019 and the pristine condition of the individuals when sighted, it is obvious that there is a viable breeding colony of this species in the area. 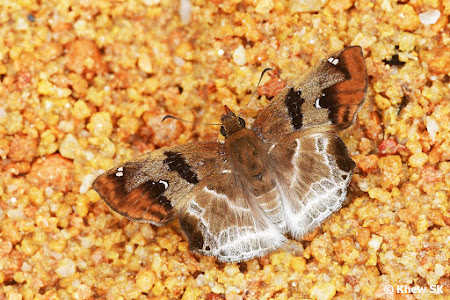 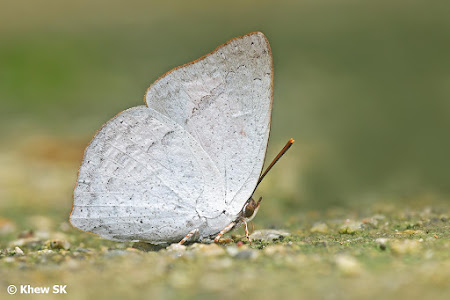 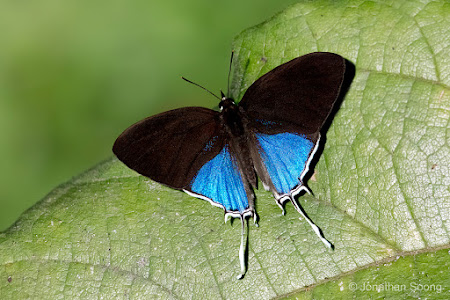 Over at the Rifle Range area, which abuts BTNR (at its southern boundary) and which is connected to the Central Catchment Nature Reserves (CCNR), butterfly diversity is also relatively rich. Although BTNR is separated from CCNR by Bukit Timah Expressway, an eco-link was subsequently constructed and opened in 2013 in an effort to reconnect the two nature reserves. 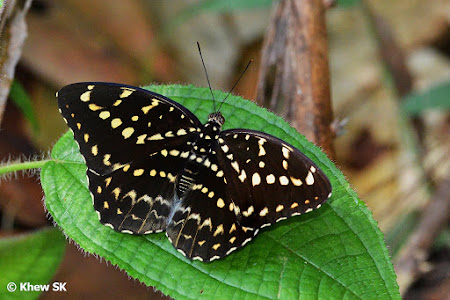 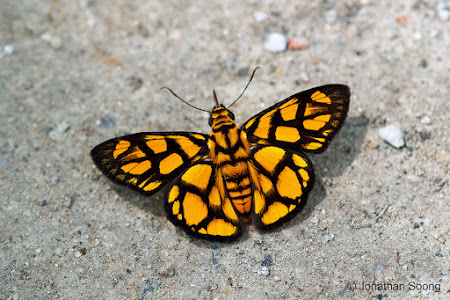 When the Rifle Range Nature Park (another green buffer to BTNR) is completed in 2020, it is likely to be a good area to spot rarer butterflies that inhabit the forests of BTNR and CCNR, when they come out to feed. The development of these nature parks is good on two counts - firstly, it relieves the pressure on the two nature reserves from visitors, and secondly, it provides for good access for surveys and nature observers to record our local forest-dependent butterfly species. 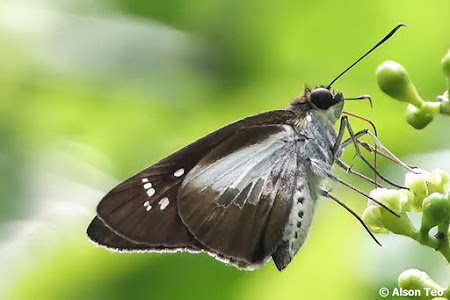 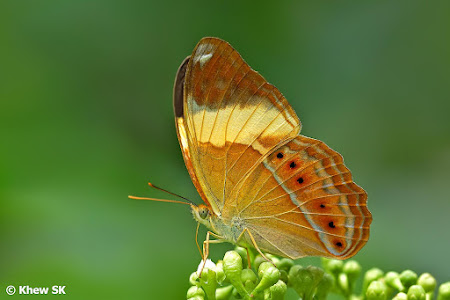 Some examples of the more notable species of butterflies spotted in the nature parks/buffer parks like Dairy Farm NP and Rifle Range NP are featured throughout this article. Taken by various photographers and butterfly watchers over the past few years, many of the species found in these areas are those that are forest-dependent, and not those that we are familiar with, in urban parks and gardens. 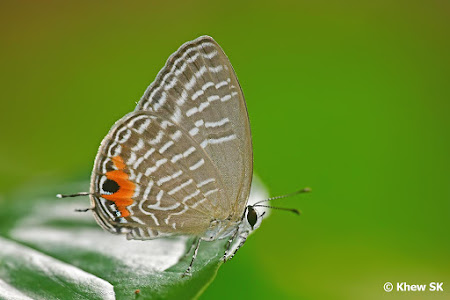 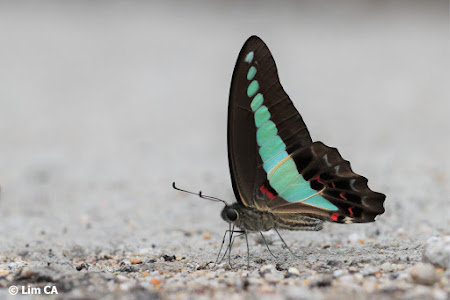 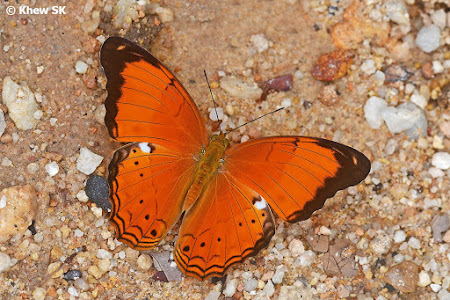 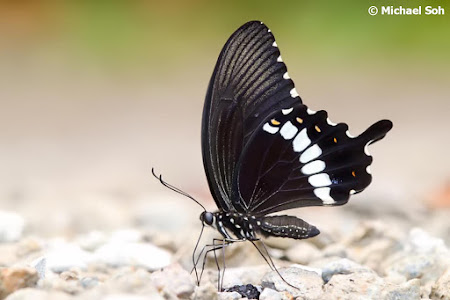 Posted by Commander at 2:29 PM